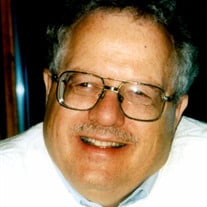 Princeton – Andes “Jack” Best of Princeton, Il passed away on April 2, 2018 at home surrounded by his loving family. Jack was born on May 1, 1939, to Andes T. and Josephine (Zager) Best in Princeton, Illinois. He married Penny Richards on February 1, 1980 in Princeton, Illinois. He was a graduate of Princeton High School class of 1957. He attended Mississippi State in 1963 receiving his Masters in Journalism and Business and worked for 20 years as Managing Editor of the Bureau County Republican. He worked for Illinois Valley Electric(corn-belt energy), He retired after 36 years of service. He was a member of Bureau County Country Club, he was the youngest member of Fish and Game, he served on the Homestead Festival committee for three years and with Penny served as lead couple in 2004, as a young man he coached Princeton Little League, he served as Vice President of the Princeton High School Athletic Boosters for five years and Princeton Shadows of the Blue and Gray for 5 years. Jack was a member of the Elks Lodge for 56 years and a Charter Member of the Princeton Moose Lodge. Jack enjoyed going on cruises, golfing, fishing on the White River in Arkansas with his friends and his brother Fred and spending time with family. He loved sitting on his screen porch all summer with his Porch Pals. Surviving relatives are his wife Penny Best of Princeton, IL, two sons; Jack (Theresa) Von Ruden of Streator, Il, Bill Darm of Princeton, Il, one brother Fred (Melody) Best of Princeton, Il, one sister, Rebecca Best of Princeton, Il, seven grandchildren and fifteen great-grandchildren, several nieces, nephews and cousins. He is preceded in death by his parents, Andes and Josephine Best. The family would like to give a special thank you to his hospice team. A Celebration of Life will be on April 14, 2018 from 6:00 pm to 9:00 pm at the Princeton Moose Lodge. Memorials may be directed to the family in his name. Online condolences may be left at Norbergfh.com

The family of Andes Jack Best created this Life Tributes page to make it easy to share your memories.

Princeton – Andes “Jack” Best of Princeton, Il passed away on...

Send flowers to the Best family.