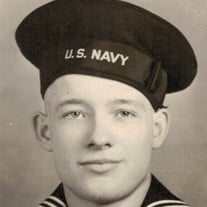 Andrew Collier DAVENPORT, Iowa — Andrew W. Collier, 91, of Davenport, Iowa, died Thursday, Oct. 27, 2016, at Perry Memorial Hospital in Princeton. Andrew was born Jan. 12, 1925, in Marion, Ill., to Samuel and Lois Collier. He married Dorothy Hagen of Davenport on July 30, 1945, in San Diego, Calif. She died Sept. 6, 2009. He was a veteran of World War II, serving in the U.S. Navy in the Pacific. He served from November 1943 to February 1946. He went to work at the Armory in Davenport, Iowa, after graduating high school in 1943, before enlisting in the Navy. He worked for many years at Dictaphone in Cedar Rapids, Iowa. He then worked for many years at CRST in Cedar Rapids, Iowa, until retirement. He belonged to the Presbyterian church. He enjoyed working on projects and repairs in his home in Davenport, and mowing. He is survived by his daughter, Linda (Daniel) Rohse of Princeton; and his son, Kenneth (Rebecca) Collier of Cedar Rapids, Iowa. He was preceded in death by his wife; his son, Steven, on Dec. 14, 2013; his brother, Wendell; and his parents. Memorials may be directed to the Scott County Humane Society. The family will receive friends on Thursday, November 3, 2016 from 10:30 until 11:30 at the Cunnick-Collins Mortuary in Davenport, IA. Funeral services will follow the visitiation at 11:30 am. Burial will be at the Rock Island National Cemetery. Norberg Memorial Home and Cunnick-Collins Mortuary are assisting the family. Online Condolences may be left at norbergfh.com and/or www.cunnick-collins.com.

The family of Andrew Wayne Collier created this Life Tributes page to make it easy to share your memories.

Send flowers to the Collier family.