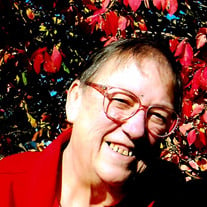 Princeton – Belva Joan Matthews, 79, passed away at Heartland Health Care Center, Henry, IL on Thursday, March 14, 2019. Belva was born on May 27, 1939 to the late Basil and Elsie (Curtis) Fountain in Canton, NY. She was a graduate of Knox Memorial High School in Russell, NY Cass of 1956. She married the late Howard C. Matthews on August 27, 1964 at the Methodist Church in Herman, NY. She was a supervisor at the St. Lawrence County Meals on Wheels. Belva also worked at the Princeton Mushroom Factory in the Café as well as managing several restaurants for the owner of the café. She worked at the Care Inn Nursing Home, where she became a certified dietitian. She also worked at Perry Memorial Hospital and ran the kitchen as the dietitian before retiring. After retirement you could find her at Logan Junior High or Princeton High School as the café manager until 2011. She spent her retirement as a Gold Coat at Perry Memorial and volunteered at the Clark House assisting in the kitchen. She was a member of the Princeton Seventh Day Adventist Church in Princeton, IL and served as Treasurer for a time as well as Sabbath School Superintendent. She was a member of the Moose Lodge, the Bureau County Fair Board and The Grange. She loved to cook and go mushroom hunting. She enjoyed camping at Rawlson Lake and a good road trip. Often telling her children and grandchildren, “lets get in the car and just go.” She loved to do puzzles, play cards and word finder. She was an avid crocheter, knitter and embroider. Belva enjoyed watching Wheel of Fortune and most any game show. She was a devout Christian and studied from her bible on a daily basis. Most of all she loved to spend time with her family and take care of them. Belva is survived by two children, Gary (Tammy Chamberlain) Matthews and Emily (Russell) Fredrickson; six grandchildren, Jenny Matthews, Nicole Matthews, Erin (Kevin) Schultz, Kelley (Bruce) Cox, James Bohms, Charles Bohms and Austin Fredrickson; nine great grandchildren, Zach, Reece, Lexi, Suzanna, Matthew, Allyson, Wyatt, Jade and Caleb; two brothers, Sonny Fountain and Arnold Fountain. She is preceded in death by her parents and her husband, Howard Matthews (2010); five brothers, Skeek Fountain, Floyd Fountain, Junior Fountain, Peanut Fountain, Lawrence Fountain; two sisters, Betty Beachard and Genieva Wood. In lieu of flowers, memorials may be directed to the Princeton Seventh Day Adventist Church. The family will receive friends from 1:00 p.m. to 2:00 p.m. on Sunday, March 24, 2019 at Norberg Memorial Home, Princeton, IL. Services will be held at Norberg Memorial Home, Princeton, IL on Sunday, March 24, 2019 at 2:00 p.m. officiated by Pastor Frendell Reyes. A graveside service will be held in New York at a later date and time. Online condolences may be left at www.norbergfh.com Arrangements by Norberg Memorial Home, Inc. Princeton, IL.

The family of Belva Joan Matthews created this Life Tributes page to make it easy to share your memories.

Send flowers to the Matthews family.