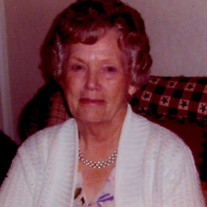 Princeton – Bessie Allene Elliott, 85, of Princeton, IL passed away on Wednesday, October 31, 2018, at Mendota Lutheran Home in Mendota, IL surrounded by loved ones. Bessie who was always referred to by her middle name Allene was born on December 15, 1932 in Hodgenville, KY to Earl and Mary Jane (Thompson) Wathen. She married her love Carl Elliott on December 22, 1949 and they started their family. Allene spent many years working at the Coast to Coast hardware store in Princeton as well as Piehl Jewelry Store, where she retired. Allene was a member of the First Baptist Church, LaMoille, IL and volunteered at for the Blood Mobile as well as volunteering for many years at The Closet in Princeton as a cashier. She enjoyed most things outdoors, especially her flower garden. She was a fantastic cook and baker and enjoyed needlepoint, but there was nothing she enjoyed more than spending time with her grandchildren. She is survived by two daughters; Peggy (Eloy) Florez – Bedford, TX, and Nanette (Cris) Spiegel – LaMoille, IL, five grandchildren; Paula Marlowe, April Morgan, Heather (John) Bohamnan, Lindsey (Mathew) Pistole and Victor Florez, two brother Paul (Glenda) Wathen and Jim Wathen, one sister, Dorthy (Charlie) Wheeler as well as numerous great grandchildren, nieces, nephews and cousins. Allene is preceded in death by her parents, husband Carl Elliott (9-1-1985), three brothers; Tommy Wathen, Gene Wathen and Burlin Wathen and one sister Helen McGuffy. Visitation will be held on Saturday, November 3, 2018 at Norberg Memorial Home, Princeton, IL from 10:00 am to 11:00 am. Services will be held at Norberg Memorial Home on Saturday, November 3, 2018 at 11:00 am officiated by Pastor Laura Root-Tanner. In lieu of flowers, memorials may be directed to the Alzheimer’s Association. Arrangements by Norberg Memorial Home, Inc. and Monuments, Princeton, IL On line condolences may be left at www.norbergfh.com

Princeton &#8211; Bessie Allene Elliott, 85, of Princeton, IL passed away on Wednesday, October 31, 2018, at Mendota Lutheran Home in Mendota, IL surrounded by loved ones. Bessie who was always referred to by her middle name Allene was born... View Obituary & Service Information

The family of Bessie "Allene" Allene Elliott created this Life Tributes page to make it easy to share your memories.

Send flowers to the Elliott family.