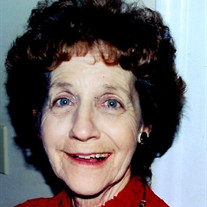 Princeton – Beverly “Bev” Ann Harvel, 79, of Princeton, Il passed away on Sunday, August 19, 2018 at Liberty Village in Princeton, IL, surrounded by her family. Bev was born on May 12, 1939 in Peoria, IL to Joseph and Dorthy (Johnson) Leddy. She was born on Florence Nightingales birthday and the family believes that’s what made her such a dedicated and hard worker as well as an amazing caregiver her entire life. She attended East Peoria High School in East Peoria, IL. She worked at Beabers and Holiday Inn/Lincoln Inn and Perry Memorial Hospital in 1990 where she worked as a cook for over 14 years and then retired at the age of 65. She enjoyed a good cup of coffee while watching Life Time movies and looking through old family photos. She loved traveling with close friends and connecting with people via phone on a daily basis. Bev enjoyed cooking, baking and dancing to The Generics. Her favorite past time was spending time with her family and friends, but mostly her beloved grandchildren, she really enjoyed playing cards and games with the grands and making memories with them. Bev is survived by her three children; Diane (Brett Nyman) Sims – Princeton, IL, Bob (Candice) Harvel – Princeton, IL, Karen (Shawn) Nyman – Princeton, IL, two siblings; Joe Ann Hall - Indiana, Cheryl (Mike) Scherer – Illinois, fifteen grandchildren and eight great grandchildren as well as several nieces, nephews and cousins. She is preceded in death by; her parents, three sons; Kevin, Greggory and Tiger, two son-in-law’s, Bruce Sims and Jeff Fox and one grandson, Star Mecum, two brothers; Joe Leddy and Jim Leddy, as well as numerous life long friends. Services for Bev will be on Saturday, August 25, 2018, 12:00 p.m. at Norberg Memorial Home in Princeton, IL – officiated by Reverend Ronda Hollars, followed by a graveside service at Oakland Cemetery in Princeton, IL. Visitation will be held on Saturday, August 25, 2018 from 10:00 a.m. to 12:00 p.m. at Norberg Memorial Home in Princeton, IL. In lieu of flowers memorials may be directed to the family for the charity of their choosing. Online condolences may be left at www.norbergfh.com Arrangements by Norberg Memorial Home, Inc. & Monuments

The family of Beverly "Bev" Ann Harvel created this Life Tributes page to make it easy to share your memories.

Send flowers to the Harvel family.