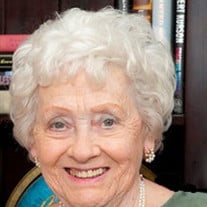 Princeton - Claudine Strunk passed away on Saturday, September 4, 2021 at her home in Princeton with her caregiver at her side. Claudine Thompson was born in Tulsa, Oklahoma on Jan 7, 1926 to Claude J. and Maude Lenora Walters Thompson. She was the youngest of 4 children. After her brother's death in 1939 her father left the family, settling eventually in Portland, Oregon. Her sister, Elizabeth 'Sugar' had died previously in 1936 of polio. Claudine, her mother and her sister Ann relocated to St. Louis, Missouri. There Claudine married Charles Bossert in 1941 and they had a son Charles 'John' Bossert (later Studley) in 1942. They divorced soon after and she met Eugene 'Gene' Studley in St. Louis and they were married in 1946 in Reddick, Illinois, where they lived on the old family farm. They had 3 sons, Gregory Wayne, Cary Ward, and Kyle Martin Gene. They too were divorced. Claudine settled in Lostant and Princeton Illinois where she worked for several years as a waitress and bookkeeper at the Ranch House. There she met Emil Dean 'Monk' Strunk. After a whirlwind courtship of 15 years, they married in 1975 in Ft. Myers, Florida. They were avid supporters of the Princeton golf course and country club. Even having their own annual golf tournament, The Monk-Strunk Classic. She was a strong, determined, generous woman who enjoyed entertaining, cooking fabulous meals, gardening, golfing, bird watching, and shopping for shoes. She loved her sons and they, in turn, adored her. Claudine was preceded in death by her parents, Claude and Maude Walters Thompson, her husbands, Charles Bossert, Gene Studley and Emil Dean Strunk; as well as her son, Cary Studley, a grandson, Slade Studley, three siblings, Elizabeth "Sugar" Thompson, John "Sonny" Wilcutt Thompson, and Ann Doty. Her legacy lives on with her sons John Studley of Des Moines, Iowa, Greg (Sandy) Studley of Idaho Falls, Idaho, and Kyle Studley of The Villages, Florida, daughter-in-law Miyoko (May) of Georgia, several grandchildren and great-grandchildren, and the Mavericks. The family would like to thank Diana Garza for her continuing care of Claudine for the past 4 years. Cremation rites accorded and as per her request, no services. In lieu of flowers, the family would like you to raise one at Park Tavern in her honor. Online memorials and condolences may be left at www.norbergfh.com Arrangements by Norberg Memorial Home, Inc. & Monuments.

Princeton - Claudine Strunk passed away on Saturday, September 4, 2021 at her home in Princeton with her caregiver at her side. Claudine Thompson was born in Tulsa, Oklahoma on Jan 7, 1926 to Claude J. and Maude Lenora Walters Thompson.... View Obituary & Service Information

The family of Claudine Strunk created this Life Tributes page to make it easy to share your memories.

Send flowers to the Strunk family.