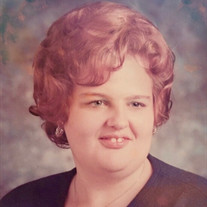 Princeton - Connie S. Owens, 65, of Princeton, IL passed away, surrounded by her family at her home on Monday, January 24, 2022. Connie was born in Kewanee, IL to the late Lyle and Marian (Jorgensen) Kuelper on March 26, 1956. She was a graduate of Princeton High School, Class of 1974. She worked at Harper Wyman as a line worker until she took early retirement due to health reasons and disability. Connie really enjoyed people, you could find her having a cup of coffee at a table filled with friends at the Truck Stop. She was a kind, caring and a very giving person with a huge open heart. She would take in anyone that needed help. At one time, even having 14 people staying at her home with nowhere else to go. When she was able, she loved to travel all across the United States, she did this, until her disability got the better of her and kept her home bound over the past few years. One of her favorite places was Florida. She enjoyed old tv programs such as the Riffle Man, Gun Smoke and Pondarosa, not to mention a big John Wayne fan. Connie is survived by her two sons, Tony Owens of FL and Justin Owens of Princeton; a foster son, Joseph (Malissa) Harris of TN; a half-sister, Carman Sutherland; six grandchildren, Jazzmine Owens, Jerzie Owens, Jace Oester, Alaric Shofner, Madison Harris and Lillian Harris; a great uncle Francis Jorgensen. Preceded in death by her parents Lyle and Marian Kuelper, and one brother, David Kuelper. In lieu of flowers, memorials may be directed to the family. A celebration of life will be held for Connie on Friday, January 28, 2022 at Norberg Memorial Home, Inc. & Monuments from 10:00 a.m. to 12:00 p.m. Cremation rites accorded Private burial to be held at a later date and time. Online memorials and condolences may be directed to www.norbergfh.com Arrangements by Norberg Memorial Home, Inc. & Monuments.

Princeton - Connie S. Owens, 65, of Princeton, IL passed away, surrounded by her family at her home on Monday, January 24, 2022. Connie was born in Kewanee, IL to the late Lyle and Marian (Jorgensen) Kuelper on March 26, 1956. She was a... View Obituary & Service Information

The family of Connie S Owens created this Life Tributes page to make it easy to share your memories.

Send flowers to the Owens family.