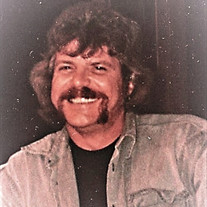 Buda – Daniel Lee Brown, 63, passed away on Friday, October 29, 2021 at Carle Foundation Hospital in Urbana, IL. Surrounded by his loving family. Daniel was born September 1, 1958 in Moline, IL., to James and Charlotte (Coleman) Brown. He graduated from Western High School in the Class of 1976. After graduation, he worked for the Union as a steel mill worker. He worked at LTV Steel Mill until its closing in 2009. He loved working with his hands and could make almost anything. He loved riding motorcycles and traveling. You could find him with the wind in his hair, going down the highway without a care in the world. He was quite the mechanic (a.k.a. the family fixer guy). Dan loved to watch golf on tv, he found it to be very relaxing. He never played, just loved to watch. You would never find him without his classic rock tunes playing either in his house, car or motorcycle. He adored his family and loved spending time with his siblings and nieces and nephews. Daniel is survived by his three boys, Jesse (Kimber Lytle) Brown of Daytona, FL, Leland (Allyson) Brown of Sheffield, IL, Dustin (Megan) Brown of Princeton, IL.; four grandchildren Avery, Teagan, Lincoln and Hudson Lee who just arrived on December 8th; four siblings, Tina (Terry Graham) Brown, Lisa (Jeffrey) Tate, James “Jimmy” Brown and Julie (Chris Morgan) Brown; his significant other, Penny Smith of Buda, IL; and his fur baby K.C. the cat; his stepfather, Jim Maupin; as well as numerous nieces, nephews and cousins. He is preceded in death by his parents, James and Charlotte Brown, his grandparents on both sides of the family. In lieu of flowers, memorials may be directed to the family. Online condolences and memorials may be directed to www.norbergfh.com Arrangements by Norberg Memorial Home, Inc. & Monuments.

The family of Daniel Lee Brown created this Life Tributes page to make it easy to share your memories.

Send flowers to the Brown family.