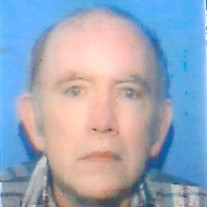 Princeton – Daniel Wayne Rohse, 69, of Princeton passed away unexpectedly on Thursday, May 2, 2019 in Waukegan, Illinois, where he had been staying the past week. Daniel lovingly referred to as Dan, was born on November 8, 1949 to the late Wayne and Eleanor (Keene) Rohse in Des Moines, IA. He had also lived in Des Plaines, IL, Rockford, IL and Iowa City, IA. Daniel was the beloved husband of Linda Collier Rohse formerly of Cedar Rapids, IA. Dan and Linda were married on March 5, 1972. Dan was a wonderful, smart, good and kind husband who was loved and will be dearly missed. He and his lovely bride of 47 years, Linda, own The Lodestone Gifts, Gourmet and Framing Store in Princeton, IL, since 1972. Dan also did outside sales of picture frame moulding and art to frame shops in Illinois, Iowa and Wisconsin in the 80’s and 90’s. He did motion picture photography and editing for a company that was one of the early theatre screen advertising companies in the late 70’s. Dan was a graduate from Iowa City High School in Iowa City, Iowa, Class of 1968. He attended the University of Iowa, Iowa City as a business major for over three years. He left school to come to Princeton to set up Lodestone with help from his mother and sister, partly as a business adventure for his mother. He had been hospitalized on January 26, 2019 at OSF St. Francis Hospital in Peoria, IL, after he became extremely ill. Four days earlier he had been in rehabilitation at Perry Memorial for a healed broken ankle and had been ok. After his illness on January 26, he had been making steady progress for that last three months with his wife by his side. The last 2 ½ to 3 weeks he was actually making extreme progress to getting well. The loss of Dan was unexpected and a shock to the family, who were both surprised and saddened by his loss. Dan is survived by his loving wife, Linda Collier Rohse, one brother-in-law, Ken (Becky) Collier of Cedar Rapids, IA; an uncle, Lee Pence of Princeton, IL; and Lee’s children, Curt, LeAnne and Patrick. Also his cousins the children of Dan Keene and Tom Keene. He was preceded in death by his parents, Dr. Wayne Rohse in 1967 and Eleanor Keene Rohse in 2009; one sister, Deborah Rohse Kempf in 1994, his mother-in-law, Dorothy Collier in 2009; his father-in-law, Andrew Collier in 2016, his younger brother-in-law, Steven Collier in 2014; one cousin, David Pence; two aunts, Patricia Pence and Mary Linda Oeder (one year older than Dan); two uncles, Don Keene and Tom Keene; his grandparents including Viola Keene Boylan who had lived in Princeton along with Mary Oeder. A visitation will be held at Norberg Memorial Home, Princeton, IL on Thursday, May 9, 2019 from 5:00 p.m. to 7:00 p.m. Services for Dan will be held at Norberg Memorial Home on Friday, May 10, 2019 at 10:00 a.m. followed by a private graveside service in Durant Iowa Cemetery at the Rohse Family Plot. In lieu of flowers, memorials may be directed to the family for charitable distribution. Arrangements by Norberg Memorial Home, Princeton, IL. Online condolences may be left at www.norbergfh.com

Princeton &#8211; Daniel Wayne Rohse, 69, of Princeton passed away unexpectedly on Thursday, May 2, 2019 in Waukegan, Illinois, where he had been staying the past week. Daniel lovingly referred to as Dan, was born on November 8, 1949 to... View Obituary & Service Information

The family of Daniel Wayne Rohse created this Life Tributes page to make it easy to share your memories.

Send flowers to the Rohse family.