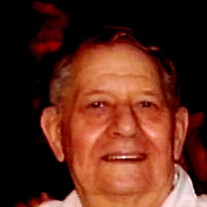 Princeton - Dennis Chase, 83, of Princeton, IL, passed away on Thursday, May 20th, 2021 at Perry Memorial Hospital in Princeton, IL. His youngest daughter Brittany was at his bedside throughout the short duration of his illness, and at the time of his passing. Dennis was born on July 14, 1937, in Princeton, IL, to Warren and Lois (Stuepfert) Chase. He graduated from Princeton High School Class of 1955. Growing up on a farm right outside Princeton, he continued farming and raising livestock for several decades thereafter. He was a member of the Princeton Moose Lodge for many years. He served in the U.S. Army from September 1957 until June 1963, when he was honorably discharged. He owned a Kawasaki dealership in Ohio, IL for seven years, ending those services in 1982. He went on to drive semi-trucks for Peach Trucking and Silica Sand from 1988 until 1992; and then sold health and life insurance for several years before retiring. Dennis had a passion for farming in his earlier years. It was one of his favorite things to do. Something you never had a problem getting him to talk about, or teach people, was all aspects of the farming life. He liked tinkering around and inventing things. He was quite the cook and enjoyed sharing his talents with everyone. He was an avid gardener and loved growing and cooking his home grown vegetables. He enjoyed talking and sharing stories with friends and family and playing cards, especially euchre. He enjoyed having coffee with friends. Dennis's favorite times were always spent with his family. He is survived by four children: Brittany (Nathan) Balensiefen, Kelli (Rick) Plotz, Jim (Jennifer) Chase, Sheri (Randy) White; two grandchildren Aspen and Kane Balensiefen. He was preceded in death by his parents, Warren and Lois Chase. In Lieu of Flowers Memorials May be directed to the family for charitable distribution. Visitation will be Wednesday May 26th, 2021 from 5:00 p.m. to 7:00 p.m., At Norberg Memorial Home, Inc. & Monuments. Services will be held on Thursday May 27th, 2021 at 11:00 a.m. at Norberg Memorial Home, Inc. & Monuments in Princeton, IL, Pastor Ryan Sutton officiating. Graveside services to follow at Oakland Cemetery in Princeton, IL, Thursday, May 27, 2021. Military rites accorded. Online memorials and condolences may be directed to www.norbergfh.com Arrangements by Norberg Memorial Home, Inc. & Monuments.

Princeton - Dennis Chase, 83, of Princeton, IL, passed away on Thursday, May 20th, 2021 at Perry Memorial Hospital in Princeton, IL. His youngest daughter Brittany was at his bedside throughout the short duration of his illness, and at the time... View Obituary & Service Information

The family of Dennis Chase created this Life Tributes page to make it easy to share your memories.

Send flowers to the Chase family.