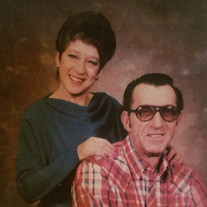 PRINCETON — Dennis Eugene Headley of Princeton passed away Saturday, April 22, 2018. Dennis was born July 19 1940, in Princeton to John and Orpha (Roberts) Headley. He married Carol Lund Aug. 12, 1992. He was a graduate of Walnut High School and worked as a truck driver until he retired. He was also a lifetime member of the Bureau County Fair. Dennis enjoyed tinkering with cars and lawn tractors, watching NASCAR to see his favorite driver, Dale Earnhardt Sr., sneaking in ice cream whenever he could, and spending time with his family, friends and dogs, Pixie, Dixie and Chippy. He was also lovingly known by friends and family members as Dennis the Menace. He is survived by two daughters; Vicki Lair and Vicki Headley; five sons, Jerry (Tammy) Cork, Terry (Mary) Cork, Craig Hopkins, Carl Hopkins and David (Stacey) Headley; one daughter-in-law, Angelique Lipe; and a multiple grandchildren and great grandchildren. Dennis was preceded in death by his parents, John and Orpha Headley; his wife, Carol Headley; two brothers, Bernard Headley and James Headley; and one granddaughter, Carri Lynn Cork. A celebration of life will be from 5 to 7 p.m. Friday, April 27, at the Norberg Memorial Home in Princeton. In lieu of flowers, memorials may be directed to the family. Online condolences may be left at www.norbergfh.com

The family of Dennis Headley created this Life Tributes page to make it easy to share your memories.

Send flowers to the Headley family.