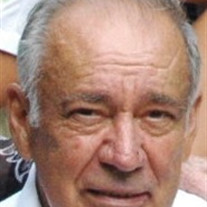 Princeton – Florian L. Bangert passed away on Tuesday, October 17, 2017 at Liberty Village in Princeton, Illinois. Florian was born on July 5, 1932. He was the son of Anton F. Bangert and Bretice A. (Barber) Bangert in LaSalle County, Tonica, Illinois. He married Bonnie Jackson on June 12, 1955 at the Dover Congregational Church in Dover, Illinois. He graduated Tonica High School, in Tonica, Illinois in 1950 and he was a graduate of the University of Illinois in 1958 with a degree in Agriculture. He was the owner of Bangert Insurance Agency, as well as the Secretary of the Berlin Mutual Insurance Agency from 1968 to 2000. Florian was also on the Rockford Mutual Insurance Board of Directors serving as Secretary for thirty years. He served in the United States Army from 1954 to 1955. Florian was a member of BPOE Elks, Northern Illinois Shriners Club – he was also the Past President of the Shriners and served as Secretary for twenty-five years. He was a Scottish Rite Mason, a member of Hampshire Colony Congregational Church in Princeton, Illinois, a volunteer for the Red Cross for twenty-five years and a member of the Princeton Chamber of Commerce. He was a member of the American Legion, the VFW, and the Princeton Optimist Club where he was a Past President. He was a Master Gardener and a member of the Down Town Princeton Investment Club. He was the driver for Mobile Meals and a regular blood donor. He enjoyed the outdoors, gardening, traveling and reading, volunteering and time with his loving family. He was a diehard Cubs fan and very proud to witness them winning the World Series 2016. He had his own personal Fire Department owning a 1915 Peter Pirsch Ladder Fire Truck and he enjoyed driving in parades for the over thirty years. He is survived by his wife Bonnie J Jackson Bangert, two children; David (Jane) Bangert of Greenfield Center, NY and his daughter Deanna Majeski of Wildwood, Missouri, six grandchildren; Jacqueline Bangert of NY, Andrew Bangert of CT, Richard Bangert of NY, Megan Majeski of Missouri, Mark Majeski of Missouri and Kevin Majeski of Missouri, One sisters Rosan (Jerry) Gruetzemacher, and two brothers; John (Cathy) Bangert and Ron (Phyllis) Bangert. He is preceded in death by his parents Anton and Bretice Bangert, one brother Duane Bangert and one sister Marilyn Carlson. Visitations will be held from 4 – 7 p.m. on Friday, October 20, 2017 at Norberg Memorial Home in Princeton, Illinois. Services will be held on Saturday, October 21, 2017, at 11:00 a.m. at Hampshire Colony Congregational Church in Princeton, Illinois, Officiated by Reverend David Barnes. Burial to follow at Oakland Cemetery in Princeton, Illinois. In Lieu of flowers the family has asked that donations be directed to the Shriners Children’s Hospital or Hampshire Colony Congregational Church.

Princeton &#8211; Florian L. Bangert passed away on Tuesday, October 17, 2017 at Liberty Village in Princeton, Illinois. Florian was born on July 5, 1932. He was the son of Anton F. Bangert and Bretice A. (Barber) Bangert in LaSalle County,... View Obituary & Service Information

The family of Florian L. Bangert created this Life Tributes page to make it easy to share your memories.

Send flowers to the Bangert family.