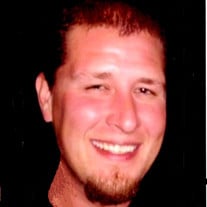 Tiskilwa - Gerald D. Johnson, Jr., 41, of Tiskilwa, IL passed away unexpectedly on Thursday, August 26, 2021 at OSF St. Claire, formerly Perry Memorial. Gerald, known as Jerry by family and friends was born in Princeton, IL on December 11, 1979 to Gerald and Kelly (Fisher) Johnson. He worked as a Local 150 Operator and was a 4th generation operating engineer, Jerry joined the union on November 8, 1998. Jerry was a big Chicago Sports Fan, Bears, Blackhawks and White Sox. He enjoyed fishing and listening to his vast album collection. He enjoyed going for rides in his Jeep and taking cruises. He was quite the self-proclaimed, Grill Master and he would light up every room he walked into. He was also a master morel hunter, who would never give away his sweet spots. He had an amazing sense of humor and was quite the jokester. He also was talented in giving his friends and family crazy nicknames. He had a heart of gold and will be missed by so many. He is survived by one daughter, Aleah Morris of Tiskilwa, IL; his mother, Kelly Johnson of Tiskilwa, IL; one sister, Lindsay Johnson of Princeton, IL; his grandmother Eileen Burress of Princeton, IL; his significant other Justine Longville of Tiskilwa, IL, and her children, Bailey, Porter and Audrena; as well as several aunts, uncles and cousins. Jerry was preceded in death by his father, Gerald D. Johnson, Sr., one grandmother, Joyce Johnson, two grandfathers, Charles Burress and Arnie Johnson, one step grandmother, Kay Johnson and one uncle, Karl Fisher. In lieu of flowers, memorials may be directed to the family for charitable distribution. A visitation will be held on Thursday, September 2, 2021 from 2:00 pm to 6:00 pm at Norberg Memorial Home, Inc. & Monuments. Services for Jerry will follow the visitation on Thursday, September 2, 2021 at 6:00 pm, with Taylor Paull giving the eulogy. Online memorials and condolences may be directed to www.norbergfh.com Arrangements by Norberg Memorial Home, Inc. & Monuments.

The family of Gerald D Johnson, Jr created this Life Tributes page to make it easy to share your memories.