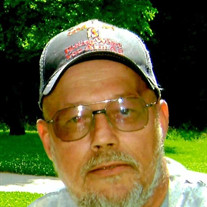 Princeton – Glenn A. Neff, Jr. 66, of Princeton, IL, passed away at Aperion Care on Wednesday, June 20, 2018, surrounded by family. Glenn was born on April 15, 1952 to Glenn A. Neff, Sr. and Madeline (Johnson) Neff in Princeton, IL. He married the late Katherine Lester (2013) on December 27, 1969 and they started their family together. He was employed with Champion Pneumatic, of Princeton, IL for 38 years. He was a member of the Moose Lodge and a volunteer firefighter for the town of Malden, IL for twenty plus years. He enjoyed fishing, camping, hunting, driving stock cars and spending time with his family and grandchildren. Glenn is survived by his three daughters; Tammy Neff – MO, Nysha (Paul) Wilstead – OK and Linda (Ben) Sproston – IL, seven grandchildren and five great grandchildren, one sister, Beverly Neff, two brothers; David (Pat) Neff, Sr. and Robert (Tammy) Neff, four sister-in-laws; Norma (Steve) Wempe, Gladys (Bruce) Epps, Leona Neff, Pam Neff, as well as numerous nieces, nephews and cousins. He is preceded in death by his parents, wife Katherine Neff, three brothers; John Neff, Sr., Fred Neff, Sr., and Paul Neff, and one grandson, Robert. Visitation will be held at Norberg Memorial Home, Princeton, IL on Sunday, June 24, 2018, from 1:00 to 3:00 p.m. Services for Glenn will be held on June 24, 2018 at 3:00 p.m. at Norberg Memorial Home, Princeton, IL, officiated by Rick Moreland. In lieu of flowers memorials may be directed to the family. online condolence may be left at www.norbergfh.com

The family of Glenn A. Neff created this Life Tributes page to make it easy to share your memories.

Send flowers to the Neff family.