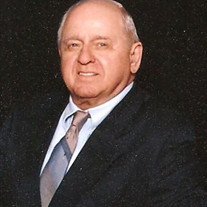 Harry F. Klett 1926-2008 Funeral service for Harry F. Klett, age 81 of Princeton, will be Friday, Feb 01, 2008 at 11:00 AM at the Evangelical Covenant Church. Pastor Chuck Wahlstrom will officiate. Cremation has been accorded. The family will receive friends on Thursday, Jan 31, 2008 from 4:00 PM to 8:00 PM at the Norberg Memorial Home. Mr. Klett passed away on Sunday, Jan 27, 2008 at his home. He was born on Aug 19, 1926 in Detroit, Michigan to Earl and Pearl (Knight) Klett. Harry graduated from Flint Central High School in Michigan in 1944. After graduation he served in the US Navy during WWII on an LST as a Radio Tech. Following his military service he attended Tri-State University in Angola, IN, graduating in 1949 with a Bachelor's Degree in Radio Engineering. On October 7, 1950 he married Marguerite Clason at the First Presbyterian Church in Flint, MI. Harry was a production Manager for LCN, retiring after 25 years. Mr. Klett was a member of the Princeton Public Library Board for 25 years, serving as treasurer for most of that time. He was also a board member for the Covenant Children's Home. He was a past president of the Princeton Chamber of Commerce, Princeton High School Foundation, and Princeton Lovejoy Homestead. He was also a member of Bureau Valley Country Club and volunteer at Bureau County Historical Society. In 1973 Harry was honored as "King Dad" based on essays written by his children. Mr. Klett is survived by his wife of 57 years, Marguerite Klett, of Princeton. Also surviving are his children; Kristi (Larry)Jetzer of MN, Jeff Klett of HI, Karen Klett of HI, Kim Walter of Princeton, and one grandson Kristian Jetzer of MN. Surviving as well are one brother Jack (Anne) Klett of MI and one brother-in-law Ray Clason of NV. In addition, one niece Lorna McKay of NV and three nephews; Bill (Sandra) Klett of GA, Mark (Keri) Klett of MI, and R.J. Clason of VA. Harry was preceded in death by his parents, one brother Earl Klett, one sister-in-law Carol Clason, one nephew John Klett. IN LIEU OF FLOWERS please make memorials to the Princeton Public Library Building Fund.

Harry F. Klett 1926-2008 Funeral service for Harry F. Klett, age 81 of Princeton, will be Friday, Feb 01, 2008 at 11:00 AM at the Evangelical Covenant Church. Pastor Chuck Wahlstrom will officiate. Cremation has been accorded. The family... View Obituary & Service Information

The family of Harry F. Klett created this Life Tributes page to make it easy to share your memories.

Send flowers to the Klett family.