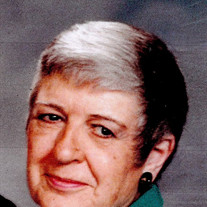 Princeton – Helene Thelma Gleason, 96, passed away Friday, January 22, 2021 at Liberty Village of Princeton, IL. Helene was born on October 18, 1924, Strawberry Point, IA, the youngest daughter of Edward Stephen and Eva Winifred (Eldredge) Hebron. After graduating from high school in Manchester, IA, she married Preston C. Gleason on March 10, 1946 in The Little Brown Church in the Vale, Nashua, IA. She and Pres spent the majority of their lives together in Princeton, IL. Maintaining a well-kept home for her family was Helene’s primary goal throughout her married life. She was a member of the First Presbyterian Church in Princeton, serving as a Sunday school teacher and working on many committees. As a member of Church Women United, she assisted in the establishment of The Closet and Mobile Meals in Princeton. Flower and vegetable gardening with all the resulting creativity and produce were her passions in life. A son-in-law said she canned more food than Del Monte. Helene and Pres traveled extensively throughout the Western and Southwestern United States, spending several winters at their villa in Green Valley, AZ. Helene developed as an artist in ceramics and pottery during her years in Green Valley. She enjoyed taking and teaching classes in the art forms, spending hours at potter’s wheel. She is survived by her two daughters, Connie Espel-Perdew of Princeton, IL and Mary (Michael) Baker of Clear Lake, IA; five grandsons, Robert Espel of Princeton, Brian Espel of Chicago, Jeff (Amanda Kalen) Baker of Lisbon, IA, David (Jamie Puglin) Baker of Cary, NC and Mark (Shelby Newport) Baker of Flint, MI; two great-grandchildren, Owen and Aleah Espel of Princeton; as well as many nieces, nephews and cousins. Helene was preceded in death by her husband in 1999, her parents and two sisters, Irene Ivory and Raynelle Harris. A private graveside service will be held at a later date and time at Elm Lawn Memorial Park of Princeton. In lieu of flowers, memorials may be directed to The First Presbyterian Church, Mobile Meals C/O Susan Lucas, 22 South Goose, The Closet or Liberty Village of Princeton, IL for staff appreciation. Online condolences and memorials may be directed to www.norbergfh.com Arrangements by Norberg Memorial Home, Inc. & Monuments.

The family of Helene T Gleason created this Life Tributes page to make it easy to share your memories.

Send flowers to the Gleason family.