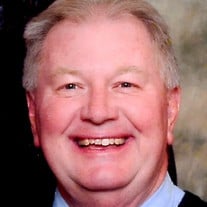 Howard Donald Schou, 69, passed away on January 25, 2021 at Perry Memorial Hospital. He had boldly faced major health issues the last two years, even surviving COVID-19 this past fall, but his passing was unexpected. He had been making a good... View Obituary & Service Information

The family of Howard Donald Schou created this Life Tributes page to make it easy to share your memories.

Send flowers to the Schou family.