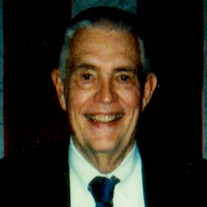 Princeton – Iner A. Anderson, 88, of Princeton, IL formerly of Putnam County, a lifelong educator, passed away on Tuesday, December 1, 2020. Due to Covid-19 restrictions a private funeral service will be held at Christ Community Church in Princeton, IL officiated by Pastor David Mundt, with a graveside service to follow at Riverside Cemetery in Hennepin, IL. A celebration of Iner’s life will be held at a later date. He is survived by his wife, Marjorie Anderson of Princeton, IL; two children, Cindy (Scott) Smith of Princeton, IL and Randy (Jennifer) Iner Anderson of Manhattan Beach, CA; four grandchildren (the joys of his life), Trisha Marie Smith, Taylor May Smith, Jackson Thomas Anderson and Ava Evelyn Anderson. Iner was preceded in death by his parents, Oscar and Eva Anderson and his mother and father-in-law, Ivan and Berneda Brown of Fairbury, IL. He was born at St. Margaret’s Hospital in Spring Valley, Illinois on September 17, 1932 to the late Oscar and Eva (Nielsen) Anderson of Granville, IL, He spent his earliest years in his father’s home town of Abbekas Sweden and later returned to Putnam County where he graduated from Hopkins High School where he was valedictorian to the Class of 1950. He received his Bachelor’s Degree in 1955, and his Master’s Degree in School Administration in 1964 from Illinois State University in Normal, IL. Iner faithfully served in the U.S. Army, as a Medical Technician and Supervisor for two years as well as serving in the United States Army Reserves. After serving his country he met his wife of 55 years Marjorie Ellen (Brown) Anderson. They married on June 13, 1965. She survives. Iner began his passion in education as a classroom teacher and coach in Magnolia, IL. Shortly thereafter he became the Superintendent of Putnam/Senachwine Schools in Putnam, Illinois. He enjoyed his years there so much and made many lifelong friends. He then served for 32 years as the Regional Superintendent of Schools for Marshall, Putnam and Woodford County. He was always so grateful to all the voters who supported him and enjoyed working with all his colleagues. After retirement he spent several years as Interim Superintendent at Ransom Grade School, Ransom, IL. and 16 years as a part-time school bus driving instructor. Throughout his many years in education he made many lifelong friends whom he enjoyed. Iner was a member of numerous professional and civic organizations including: The National Education Association; The Association of Regional Superintendents; The State Public Transportation Advisory Committee where he served as President; Education Chairman for Marshall and Putnam County Cancer Society; Past President of the Lacon Rotary Club. He was also a member of the Putnam County Welfare Committee and a member of the 1st Lutheran Church in Granville, IL where he served on the church council. His fondest memories were the countless hours he spent with his children, grandchildren and his friends. He enjoyed a variety of sports as a participant, coach and spectator. He was an avid Cubs and Bulls fan. He particularly enjoyed his post-game phone calls with his fellow fan and good friend Mick Plymire. In lieu of flowers, memorials may be directed to the donor’s choice in Iner’s memory or to Christ Community Church in Princeton, IL. Online memorials and condolences may be left at www.norbergfh.com Arrangements by Norberg Memorial Home, Inc. & Monuments.

Princeton &#8211; Iner A. Anderson, 88, of Princeton, IL formerly of Putnam County, a lifelong educator, passed away on Tuesday, December 1, 2020. Due to Covid-19 restrictions a private funeral service will be held at Christ Community Church... View Obituary & Service Information

The family of Iner Anderson created this Life Tributes page to make it easy to share your memories.