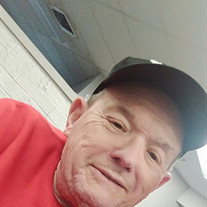 Princeton – Jack L. Wolf, 75, of Princeton, Illinois passed away on Sunday, February 17, 2019 at St. Margaret’s Hospital in Spring Valley, surrounded by family. Jack was born in Diller, Nebraska, on February 18, 1943 to Clifford and Deloris (Oviatt) Wolf. He married the late Mavis Koch on October 9, 1960. Jack took a position with the Gibson’s Discount Store as manager and was eventually transferred to the Princeton area. Jack and Mavis started their family and Jack started working for the City of Princeton on the road maintenance crew, retiring after 25 years of service. Mavis passed away on June 20, 1998 and Jack eventually found love again with Joan Prebil. He and Joan married on April 1, 2001 at Starved Rock. Jack and Joan would joke about two old fools getting married on April fools day. He loved his model trains. He had his entire basement dedicated to his collection of trains, to include three huge table setups of train tracks. He would spend hours at times switching between five sets of tracks with the kids and grandkids. He very much enjoyed going to the Bureau County Fair train shows. He enjoyed tinkering around the house and going camping. He was a lifelong Dallas Cowboy Fan and a jack of all trades, master of none, (that last remark by his children with a little snicker). Jack is survived by his wife Joan Wolf; three children, Jackie (Charles) Palmer, Jenny Madsen, and Bill (Cindy) Wolf; two stepchildren, Dakota Webster and McKenzie Webster; eleven grandchildren and twenty two great grand-children; one sister Debra (Marvin) Snyder; one brother, Robert Wolf; two sisters-in-law, Dianna Wolf and Lori Wolf; as well as numerous nieces, nephews and cousins. He is preceded in death by his parents, his first wife, Mavis Wolf, one sister, Janice Carpenter; two brothers, Clifford Wolf, Jr. and Tom Wolf. In lieu of flowers, memorials may be directed to the Alzheimer’s Association. A graveside service will be held on Friday, February 22, 2019 at Oakland Cemetery, Princeton, IL at 11:00 a.m. officiated by Pastor Laura Root-Tanner. Online condolences may be left at www.norbergfh.com Arrangements by Norberg Memorial Home, Inc.

The family of Jack L Wolf created this Life Tributes page to make it easy to share your memories.

Send flowers to the Wolf family.