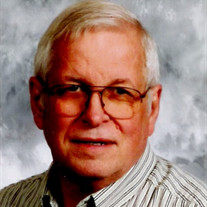 PRINCETON — James L. Cochran, 72, of Princeton passed away Wednesday, Jan. 24, 2018, at Manor Court in Princeton. He was born Jan. 21, 1946, in Decatur to Darold Wayne and Charlotte (Barclay) Cochran. He married Pamela Kinzer Dec. 26, 1970, in the Waltham Presbyterian Church. She survives. He graduated from Sullivan High School in 1964 and received a Bachelor of Science from Eastern Illinois University in 1968. He had been employed by Logan Jr. High, St. Louis Catholic School, Princeton High School and Sterling Middle School, where he taught various subjects. He also had been employed at Citizens Bank. He was a member of the First Presbyterian Church, where he served as treasurer for 25 years. He was a lifetime member of the Optimist Club and had served as lieutenant governor. He was also a Boy Scouts leader for Troop 63. He was an avid gardener. Also surviving are four children, Steven (Nikki) Cochran of Missouri City, Texas, Elena (Scott) Hilmes of Princeton, Jared Cochran of Chicago and Matt (Abbie) Cochran of Princeton; five grandchildren, Hailey Hilmes, Ian Cochran, Anna Cochran, Bryce Cochran and Eli Cochran; and one brother, Thomas (Nancy) Cochran of Mt. Pulaski. He was preceded in death by his parents and one brother, David Cochran. Visitation will be from 1 to 3 p.m. Saturday, Jan. 27, at the First Presbyterian Church in Princeton. A service will follow at 3 p.m. with the Rev. Danie DeBeer officiating. Cremation has been accorded. In lieu of flowers, memorials may be directed to the First Presbyterian Church. The Norberg Memorial Home in Princeton is assisting the family. Online condolences may be left at www.norbergh.com.

The family of James Leroy Cochran created this Life Tributes page to make it easy to share your memories.

Send flowers to the Cochran family.