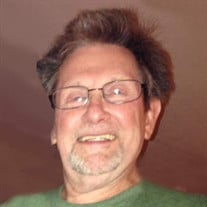 Princeton – James D. Woodruff, 81, passed away on Friday, September 4, 2020 at his home surrounded by his loved ones. Jim was born in Chicago, IL on November 29, 1938 to the late David and Goldy (Anderson) Woodruff. He attended Triton College and studied mechanics, electronics, and hydraulics. He spent the majority of his life working as a vehicle mechanic. In his later years he worked as a ground equipment repair man for United Airlines in Chicago. He also was a certified welder and forklift mechanic. Jim married Eloise Dodd on June 15, 1963 at the Grace Lutheran Church, in Chicago. Jim and Eloise were married for over 57 years before his passing. He loved to hunt pheasant and deer, take a nice ride on his Harley or go bowling. He would tinker with vehicles on the side. He loved to travel, one of the reasons he started working for United. He and Eloise would travel to amazing destinations and see the world. A couple of their fondest memories were trips to Alaska and Australia. Jim is survived by his wife, Eloise Woodruff; two daughters, Deanna (Jim) Rahl of Northlake, IL and Denise (Micel) Smith of Cameron Park, CA; two grandchildren, Katie Bug and Kyle; one brother, Richard (Sue) Woodruff from Washington; as well as many nieces, nephews and cousins. He is preceded in death by his parents, David and Goldy Woodruff, and his sister, Evelyn Males. In lieu of flowers, memorials may be directed to the Lung Foundation or Pulmonary Fibrosis Research. The family will hold a private Celebration of Life at a later date and time. Arrangements by Norberg Memorial Home, Inc. & Monuments. Online condolences and memorials may be directed to www.norbergfh.com

Princeton &#8211; James D. Woodruff, 81, passed away on Friday, September 4, 2020 at his home surrounded by his loved ones. Jim was born in Chicago, IL on November 29, 1938 to the late David and Goldy (Anderson) Woodruff. He attended Triton... View Obituary & Service Information

The family of James D Woodruff created this Life Tributes page to make it easy to share your memories.

Send flowers to the Woodruff family.