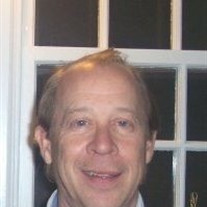 PRINCETON — Jay P. Mickow, 61, of Princeton passed away Tuesday, Feb. 14, 2017, at Perry Memorial Hospital in Princeton. He was born April 11, 1955, in St. Paul, Minn., to Ralph P. and Barbara (Felcyn) Mickow. He married Mary Coyne Jan. 12, 1980, in Princeton. She survives. He was a 1973 graduate of Main South High School in Park Ridge, Ill., and received a Bachelor of Science in Accounting from the University of Illinois in 1977. He owned and operated Jay Mickow, CPA, P.C. for 15 years. He was an amateur gourmand who enjoyed golfing with friends, movies, concerts, cigars, Chicago and watching his kids excel in sports. He was a past board member of the Zearing Child Enrichment Center, Princeton Youth Soccer, Bureau Valley Country Club and Princeton Public Library. Also surviving are one daughter, Chelsea (Josh) Ellis of Wheeling; two sons, Colin (Melissa Schmidt) Mickow of Naperville and Hunter Mickow of Champaign; aunts, uncles and cousins; his stepmother, Ann Mickow of Princeton; a stepsister, Martha (Larry) Malnor of Richmond, Texas; and a stepbrother, Bill Tandy of Kokomo, Ind. He was preceded in death by his parents. A graveside service will be at 11 a.m. Saturday, Feb. 18, at Oakland Cemetery in Princeton. A Celebration of Life will be held in April. A memorial has been established in his name to Zearing Park. The Norberg Memorial Home in Princeton is in charge of arrangements. Online condolences may be left at www.norbergfh.com.

The family of Jay Philip Mickow created this Life Tributes page to make it easy to share your memories.

Send flowers to the Mickow family.