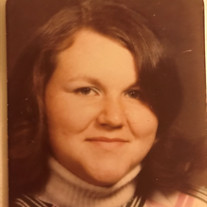 Princeton – Jennifer A. (Mecum) Van Cleave, 60, of Princeton, IL passed away on Friday, November 23, 2018 at OSF Richard L. Owens Hospice Home, Peoria, IL. Jennifer was born on September 29, 1958 to Charles Mecum and Betty Jean Philhower in Kewanee, IL. She was a graduate of Princeton High School, Class of 1976. She attended Sauk Valley Community College, earned an associates degree in accounting from Illinois Valley Community College in 2012 and was a graduate of Western Illinois University, 2014, with a bachelors. She married the late Roger Van Cleave on December 23, 1989 at the New Hope Church of the Nazarene, in Princeton, IL. Jennifer worked as an Insurance Sales Associate for a time as well as a hub manager at UDS Delivery Service. But she fulfilled a long-held goal when she worked as an advocate at Freedom House from 2015 to 2018, retiring due to health issues. She enjoyed sewing, cooking and anything starring Kiefer Sutherland. She loved playing solitaire and collecting souvenir spoons. Jennifer also loved listening to the Carpenters and her all-time favorite Jim Croce. You’d often find her singing songs to her kids, too. Jennifer is survived by one daughter, Ariel Van Cleave – Seattle, WA and one son, Ulysses Van Cleave – Princeton, IL, one sister, Daniel Johnson – Peoria, IL; one brother, David (Andrea) Mecum; two nieces, two nephews and multiple grandchildren. She is preceded in death by her parents, her husband, Roger Van Cleave, one son, Starr Mecum, one daughter, Schuyler Van Cleave and one brother Stacy Mecum. A Celebration of Life will be held at Norberg Memorial Home on Thursday, November 29, 2018 from 5:00 p.m. to 7:00 p.m. In lieu of flowers, memorials may be directed to the family. Online condolences may be left at www.norbergfh.com Arrangements by Norberg Memorial Home.

The family of Jennifer A. Van Cleave created this Life Tributes page to make it easy to share your memories.