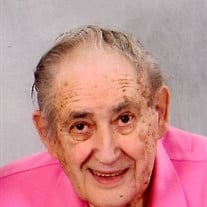 Princeton – John Fred Allen, 82, of Princeton, IL passed away on Friday, December 11, 2020 at Perry Memorial Hospital in Princeton, IL. Fred, (John was called by his middle name his whole life) was born on January 12, 1938 to the late Ralph and Theresa (Navario) Allen in Ohio, IL. He was a graduate of Ohio High School, Class of 1957. He joined the United States Air Force, serving this great country from March 1961 to March 1967. He met his beloved Joyce Carlson after his honorable discharge and they married on May 12, 1968 at the Evangelical Covenant Church in Princeton, IL. He worked at LCN Door Closures for 38 years and retired in 2008. He was a member of the Evangelical Covenant Church, Princeton Bowling Association and the Princeton Bowlers Hall of Fame and the Princeton Moose Lodge. Fred enjoyed watching the Game Show Network, (channel 213, just ask one of his 11 grandchildren), he was known for his carpentry ability or his thumb smacking projects, if you ask his children. He loved bowling and sharing that hobby with his entire family. He was a Chicago Cubs and Bears fan. He loved to support his children and grandchildren as they participated in sports and school projects. He is survived by his four children, Randy (Shannon) Allen of Kasbeer, IL, Ricky (Laura) Allen of Princeton, IL, Sherry (Joe Nicoli) Allen of Hennepin, IL and Shelly (Adam) Miller of Princeton, IL.; eleven grandchildren, Kaylene Allen, Garrett Allen, Johnathon Allen, Nathan Allen, Emma Nicoli, Colton Nicoli, Jenna Nicoli, Levi Nicoli, Haley (Devin) Teske, Kayla Miller and Blake Miller; three great grandchildren, Ariella Teske, Carson Nolte and Haddie Teske; two sisters, Thelma Ladson and Margaret Puyear. Fred lost his beloved wife of 52 years, Joyce E. Allen, who passed away on Wednesday, December 9, 2020 in Rockford, IL. Fred was unaware of her passing, as he was fighting his own battle and in the hospital himself. “To have and to hold from this day forward, for better, for worse, for richer, for poorer, in sickness and in health, to love and to cherish, till death us do part.” He is also preceded by his parents, Ralph and Theresa Allen and one brother George Allen. In lieu of flowers, memorials may be directed to the Princeton Youth Bowling Scholarship Fund. A Joint Visitation will be held for Fred and Joyce Allen from 10:00 a.m. to 1:00 p.m. at Norberg Memorial Home, Inc. & Monuments. Mask required and capacity restrictions will apply. A Joint Funeral Service will be held on Saturday, December 19, 2020, at Norberg Memorial Home, Inc. & Monuments at 1:00 p.m. Officiated by Pastor Dereck C. Boggs. This service will be recorded and available for viewing at a later date. Restrictions will apply, due to the current pandemic and the services will be limited to immediate family members only. Graveside services to follow at Oakland Cemetery, Princeton, IL. For both Fred and Joyce Allen. Military Rites will be accorded for Fred. The family would like to extend a heartfelt thank you to their family, friends and community for the outpouring of love, compassion and kindness. Online memorials and condolences may be left at www.norbergfh.com (the guestbook and memorial drop box will be available after 12:00 p.m. on Wednesday, November 16, 2020 at Norberg Memorial Home, Inc. & Monuments). Arrangements by Norberg Memorial Home, Inc. & Monuments.

Princeton &#8211; John Fred Allen, 82, of Princeton, IL passed away on Friday, December 11, 2020 at Perry Memorial Hospital in Princeton, IL. Fred, (John was called by his middle name his whole life) was born on January 12, 1938 to the late... View Obituary & Service Information

The family of John Fred Allen created this Life Tributes page to make it easy to share your memories.

Send flowers to the Allen family.