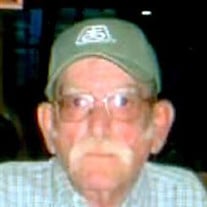 Princeton – John L. Birkey, 70 of Princeton, Il passed away on Wednesday, May 9, 2018 at Silverado Naperville in Naperville, Il. John was born on May 8, 2018 to Emery N Birkey and Sadie M Williams on May 8, 1948. He was a graduate of Malden High School and received his Bachelor’s Degree in Agriculture from Western Illinois University. John married his love Lynn “Dianne” Pendarvis on June 9, 1979 at Red Oak Methodist Church in Walnut, IL. John worked for Pioneer Seed Corn in Princeton as well as working on his family farm. He enjoyed Farming, gardening, and reading. John was quite the history buff and enjoyed antique tractors, hunting and collecting arrow heads and geneaology research. In his younger days he loved going fishing with his loving wife Dianne of 38 years. John is survived by his wife Dianne Birkey of Princeton, IL, one daughter; Megan (David Balsewicz) Birkey of Winfield, IL, one son; Michael Birkey of Princeton, IL, one brother; Bill (Kathy) Birkey of Peoria, IL and one sister; Kathy (Jim) Susin of Metamora, IL and several nieces and nephews. He is preceded in death by his parents and one son; Daniel Birkey. Services for John will be held at the Chapel at Oakland Cemetery Princeton, IL at 11:30 a.m. Monday, May 14, 2018. A graveside service will follow at Oakland Cemetery, Princeton, IL. Officiating with be Pastor Brian Strom. Visitation will be held at the Chapel at Oakland Cemetery, Princeton, IL at 10:30 a.m. on Monday, May 14, 2018. Memorials may be directed to Western Illinois School of Agriculture attention John N. Birkey Memorial. Online condolences may be left at www.norbergfh.com

The family of John L Birkey created this Life Tributes page to make it easy to share your memories.

Send flowers to the Birkey family.