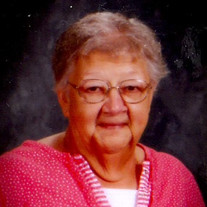 Princeton - Judith A. Simon Dyke, 83, of Princeton passed away on Sunday, May 1, 2022 at 12:27 p.m. at Manor Court in Princeton, IL. Judith, lovingly known as Judy, was born on October 23, 1938, North of Princeton to the late Fred and Ruby (Hards) Simon. She graduated in 1956 from Princeton High School. Judy then attended and graduated from Hurleys School of Beauty in Moline, IL in 1959. She also graduated from Fisher Travel School in Nashville, TN in 1987. Judy was a member of the American Legion Auxiliary and St. Matthews Lutheran Church. She worked for the Blue Top Motel as well as opening a beauty shop in Ohio, IL. at the same time. She then worked for Jostens, where she was an inspector for 23 years. She moved to Nashville, TN and worked for Walker Tour Company for a few years, she then worked for 10 years as a manager for two Ernest Tubb Record Shops in Nashville. She moved back to Princeton in 1993 and worked at Becks Truck Stop for 10 years before retirement. Judy loved spending time with her family and all her nieces and nephews, she adored them all. When she retired, she continued working as a foster grandma for the kindergarten class at Jefferson Elementary School for over 10 years. Judy was known as "Grandma Judy" for writing the recipe column for the Bureau County Republican. She loved cooking and meeting new people. Judy also enjoyed country line dancing, camping and traveling with her daughter Terri. She is survived by two nieces, Deborah (Curtis) Rowland and Kimberly (Scott) Bauer; three nephews, Dennis Green, Mark Green and Jeffrey Simon; two great nieces; Rebekah Rowland and Kaitlynn Bauer, one great nephew Aaron Bauer and sister-in-law Myrna Simon Preceding her in death, her parents, Fred and Ruby Simon, a daughter, Terri Lynn Simon, two sisters, Beverly Weir and Shirley Schmotzer, and her brother, Greg Simon. In lieu of flowers, memorials may be directed to St. Mathews Lutheran Church or the Princeton American Legion. A visitation for Judy will be held on Friday, May 6, 2022 at Norberg Memorial Home, Inc. & Monuments from 9:00 a.m. to 11:00 a.m. Services will be held at 11:00 a.m. on Friday, May 6, 2022 at Norberg Memorial Home, Inc. & Monuments, Officiated by Pastor Scott Schmidt of St. Matthews Lutheran Church, with musical accompaniment, Clare Suarez, Sue King, Jennifer Merth and Charlie GeBeck. Graveside services to follow at Oakland Cemetery, where she will be laid to rest in her family plot. Online memorials and condolences may be directed to www.norbergfh.com Arrangements by Norberg Memorial Home, Inc. & Monuments.

The family of Judith Dyke created this Life Tributes page to make it easy to share your memories.

Princeton - Judith A. Simon Dyke, 83, of Princeton passed away...

Send flowers to the Dyke family.