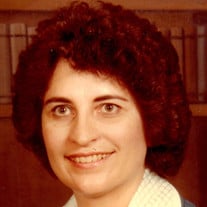 PRINCETON — Karen Marie Swanson, 77, of Princeton passed away Saturday, Feb. 3, 2018 at OSF St. Francis Medical Center in Peoria. She was born March 5, 1940, in Princeton to Elliott and Amelia Swanson. She graduated from Princeton High School, North Eastern University in Boston, Mass., and Purdue University in Fort Wayne, Ind. She worked as a medical records librarian and as a registered nurse. She was active in St. Louis Catholic Church and the Council of Catholic Women. Living are her beloved family members: her brother, William Swanson, and sister-in-law, Sharon, from Princeton, and their children, Kristin Wagner-Nelson, Melissa Gibson, Aaron Barsness and Adam Barsness; her brother, Joe Swanson, and sister-in-law, Linda, from South Pasadena, Fla., and his children, Alan Swanson, Eric Swanson and Jennifer Neely; her sister-in-law, Jeanine Swanson, from Princeton and her children, Justin Swanson and Jaime Swanson; her sister, Patricia Isaacson, and brother-in-law, Tom, from Princeton, and their children, Lora Aulbach, Melinda Fritz and Nicole Newton; and her sister, Mary McQueen, and brother-in-law, Charles, from Olney, Md., and their children, Katherine Mencarini, Emily McQueen-Rohloff and Luke McQueen. She was preceded in death by her parents and a brother, Elliott Jon Swanson. Funeral services will be held Thursday, Feb. 8, at St. Louis Catholic Church in Princeton. A rosary will be recited at 9:30 a.m., visitation will be at 10 a.m. and a funeral Mass will be at 11 a.m. Internment will be in Oakland Cemetery in Princeton. Memorials may be directed to St. Louis Catholic Church Council of Catholic Women or the donor’s choice. The Norberg Memorial Home in Princeton assisted the family. Online condolences may be left at www.norbergfh.com.

The family of Karen Marie Swanson created this Life Tributes page to make it easy to share your memories.

Send flowers to the Swanson family.