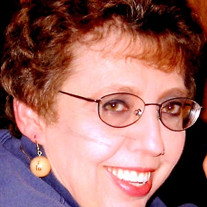 Princeton- Kathryn Quinlan, 72, of Princeton, passed away on Wednesday, March 15, 2017 at home. Kathryn was born on May 18, 1944 at the Harris Hospital in Mendota, to Lawrence and Mary (Merkel) Smith. She graduated Mendota High School in 1962. Kathryn married Raymond Quinlan on July 9, 1966 in Princeton. She worked at many restaurants as well as the town egg factory in Princeton, but most of all she was known for watching children in her home for about 49 years. She loved all her children. She enjoyed bowling and served as officers for many leagues and was inducted into the Hall of Fame in 2006. Kathryn loved playing bingo and was an avid Chicago Cubs fan. She was a member of Christ Community Church in Princeton. She is survived by one son, Jerry (Becky) Quinlan of Princeton; two stepsons, Rodney Quinlan of LaSalle; and Nicky Quinlan of New Mexico; one brother, John Robeson of Mendota; mother, Mary (Merkel) Ferrell of Mendota; grandchildren, Mia Rae and Lea Mae Quinlan of Princeton; two step grandsons, Shawn and Sam Dockins of Hennepin; nephew, Josh (Jodi) Roberson; niece, Natalie (Josh) Busche and Carolyn (James) Gehant; and special friends, Gary “Poke” (Peggy); Zachary, Paige and Tyler Clark; Shirley Anthony; Connie Hoffman; all of her bingo buddies and all of the children she took care of and loved. Kathryn was preceded in death by her husband Raymond in 1997; her father in 1949; her maternal and paternal grandparents; two sisters, Mary Carol in infancy and Edna Miller; several aunts and uncles; and two stepfathers, Reggie Robeson and Wilbur Ferrell. The family will receive friends on Saturday, March 25, 2017 at 11:00 am to 1:00 pm at the Norberg Memorial Home in Princeton. Celebration of life services will take place on Saturday, March 25, 2017 at 1:00 pm at the Norberg Memorial Home with Brian Strom officiating. Burial will follow at the Oakland Cemetery Chapel in Princeton. In lieu of flowers memorials may be directed to Logan Jr. High P.E. fund c/o Mr. Clark and/or Second Story in Princeton. Online condolences and tributes may be left at norbergfh.com

Princeton- Kathryn Quinlan, 72, of Princeton, passed away on Wednesday, March 15, 2017 at home. Kathryn was born on May 18, 1944 at the Harris Hospital in Mendota, to Lawrence and Mary (Merkel) Smith. She graduated Mendota High School in 1962.... View Obituary & Service Information

The family of Kathryn Quinlan created this Life Tributes page to make it easy to share your memories.

Princeton- Kathryn Quinlan, 72, of Princeton, passed away on...

Send flowers to the Quinlan family.