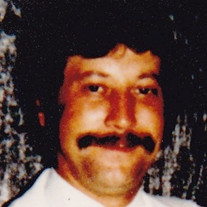 Not sure what to send?

Princeton - Lawrence M. "Larry" Jensen, age 70, of Princeton died at OSF St. Clare Medical Center in Princeton, on Tuesday, January 18, after a valiant struggle with cancer. Larry was born on April 17, 1951, in Princeton to William and Mary Jensen, the seventh of ten sons. Larry spent his formative years on the family farm where he learned to love all things mechanical and working with his hands. He attended Hopkins and Princeton elementary schools and Princeton High School. He worked for many years for Pioneer Hybrid in Princeton as well as working as an auto mechanic. He had a passion for antique cars and tractors. Larry is survived by his son Greg (Brittany) Jensen and grandchildren Jillian and Jack of Lowell, Indiana, as well as a grandson, David Janik of Princeton. Also surviving are seven brothers-Bill (Judy) and Greg (JoAnn Sheldon) of Princeton; Bob of Chicago; Jim (Teresa) of Plano; Gary (Deb) of Dublin, OH; Thomas of Tuscon, AZ, and Steven (Pam) of Machesney Park, as well as numerous nieces, nephews, and cousins. He was preceded in death by his beloved grandson Jacob on January 6, 2022, his daughter, Caroline, his parents, and brothers John and Kevin. In 1999, Larry underwent cancer surgery which resulted in the loss of the ability to speak clearly, but it could never take away his spirit. Instead, he learned about the internet, which allowed him to reach out to others and seek out tractor parts, and he completed his GED. In the ensuing years he restored a number of antique tractors that he proudly drove in area parades. Larry was a mechanical whiz with an uncanny knack for diagnosing any mechanical problem one of those old tractors, machines, or cars might develop. He enjoyed working for several farmers in the Princeton area while working on his own equipment. He was also an avid bowler and always enjoyed a good story. A Celebration of Life for Larry will be held on Saturday, May 21, 2022 at Ye Olde Underground Inn, 219 S 6th St, Princeton, IL from 1:00 p.m. to 4:00 p.m. Arrangements by Norberg Memorial Home, Inc & Monuments in Princeton. Condolences may be offered at www.norbergfh.com. Cremation rites accorded.

The family of Lawrence M Jensen created this Life Tributes page to make it easy to share your memories.