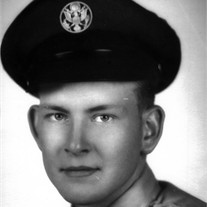 Princeton – Leonard Lyle Brumbaugh, 86, of Princeton, IL passed away on Thursday, October 24, 2019. Len, a nick name he had since he was a child, was born on December 24, 1932 in Brownstown, Indiana. He was the son of Rev. Roy and Lillie (Miller) Brumbaugh. Len was raised in Belshaw, IN and attended Lowell High School and graduated from Clay City High School in 1950. He attended Lyons Junior College and Northern Illinois University. He served in the United States Air Force as a crew-chief and flight engineer during the Korean War in the 67th Tac. Rec. Wing with the 5th Air Force. He married Barbara Ann Christner on June 21, 1958 in the Rosamond, Illinois Presbyterian Church with his father officiating the services. He worked as a Production Manager for P. R. Mallory, Controls Corp of America, Borg-Warner Corp, Harper-Wyman Co and retired as Branch Manager from Rochester/Midland Laboratories. Len was a lifetime member of the Presbyterian Church. As a member of the First Presbyterian Church in Princeton, IL he served as an active elder, devoting countless hours performing maintenance, teaching Sunday school and sitting on many committees. He also served on the board of the Cora Pope home. He had a lifelong interest in gardening, raising flowers, and feeding the birds. Other hobbies included woodworking, including building grandfather clocks. He had traveled in the armed services, for work,and pleasure to all 50 states and 26 countries. Two of his favorite trips were cruises on which he was able to take his entire family, one to Alaska and one to the Hawaiian Islands. Len loved sports and played baseball and football on Air Force base teams, coached little league baseball and helped organize a junior football league. He loved to visit and tell stories to family and friends. Len was a member of the American Legion, Arbor Day Foundation and World War II Museum. As a previous member of the Optimist Club, he was instrumental in the installation of lights and dug outs at Zearing Park. He is survived by his loving wife, Barbara, of 61 years; two children, Steven (Lisa) Brumbaugh of Worth,IL and Susan (Ron) Weaver of Sullivan, IL; four grandchildren, Phillip Brumbaugh, Daniel Brumbaugh, Melissa (Ryan) Krieger and Mindie Weaver; one brother, John Brumbaugh of Crown Point, IN. He was preceded in death by his parents, three brothers and three sisters. In lieu of flowers memorials may be directed to the First Presbyterian Church, Smile Train, Local Cancer Fund or the American Legion. A visitation will be held at the First Presbyterian Church in Princeton, IL on Friday, November 1, 2019 from 1:00 p.m. to 3:00 p.m. A memorial service will follow at 3:00 p.m. on Friday, November 1, 2019, officiated by Pastor Angie McClane, concluding with military rites. The burial will be held on November 9th at 1:30 p.m. in the Rosamond Grove Cemetery in Rosamond, IL. Online condolences may be left at www.norbergfh.com Arrangements by Norberg Memorial Home, Inc. & Monuments.

The family of Leonard Lyle Brumbaugh created this Life Tributes page to make it easy to share your memories.

Send flowers to the Brumbaugh family.