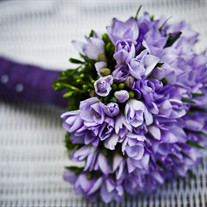 Princeton – Margaret H. Rauh, 97, of Princeton, IL passed away on Wednesday, December 9, 2020 at Liberty Village in Princeton, IL. Margaret, lovingly referred to as Margie her entire life was born to the late Henry and Nancy (Krapff) Rauh in Princeton, IL on April 10, 1923. She was a graduate of Princeton High School, Class of 1941. She worked for the Bureau County Court House as a secretary before working for Randy Comba when he was appointed States Attorney. When his term ended, she continued to work as a legal secretary for his law firm in Princeton, IL. She was a member of St. Matthews Lutheran Church, as well as numerous bowling leagues. She was an avid bowler and a hobby she carried into the later years of her life. She loved to travel and had her refrigerator covered in magnets from almost every state. She loved spending time with her nieces and nephews, those were where her favorite memories were kept. Margie is survived by one nephew, Tim (Charliene) Dunavin from Rockfalls, IL as well as several grand nieces and nephews. She was preceded in death by her parents, Henry and Nancy Rauh, and three nepehws Everett Knepp, Dennis Knepp, and Richard Cohrs. In lieu of flowers, memorials may be directed to St. Matthews Lutheran Church in Princeton, IL. Graveside services will be held on Wednesday, December 16, 2020 at 10:00 a.m., at Oakland Cemetery in Princeton, IL. Officiated by Pastor Scott Schmidt. Online condolences and memorials may be left at www.norbergfh.com Arrangements by Norberg Memorial Home, Inc. & Monuments.

Princeton &#8211; Margaret H. Rauh, 97, of Princeton, IL passed away on Wednesday, December 9, 2020 at Liberty Village in Princeton, IL. Margaret, lovingly referred to as Margie her entire life was born to the late Henry and Nancy (Krapff)... View Obituary & Service Information

The family of Margaret H Rauh created this Life Tributes page to make it easy to share your memories.

Send flowers to the Rauh family.