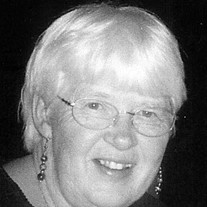 Mary J. Delano Mary Joyce Delano, 72, of Princeton, passed away peacefully with family by her side on June 19, 2007, at her winter home in Mesa, AZ. Born March 2, 1935, in Ames, IA, to Joseph and Charlotte (Olson) Twedt, she grew up in rural Annandale, Minnesota, and graduated from Swedish Hospital School of Nursing in Minneapolis, MN, in 1955. She married Richard F. Delano of Princeton on January 21, 1956. Mary was a Registered Nurse for 41 years, holding various nursing and administrative positions at Perry Memorial Hospital in Princeton, and in Mesa, AZ; earlier in her career, she worked for hospitals in San Diego, CA, and Edwardsville and Galesburg, IL. Mary enjoyed her last 10 years in retirement, and had spent the past 20 winters in Mesa, AZ, where she and husband Richard supported their beloved Chicago Cubs in Spring Training. She loved the outdoors, was an avid gardener, and enjoyed traveling, playing bridge, baking, canning, and various crafts. Mary is survived by husband Richard, son Robert "Bob" and wife Lori Delano of Annandale, MN; daughter Diane "DeeDee" and husband Devin McCauley, and grandson Logan McCauley, all of Princeton, IL; also surviving are brother Charles and wife Donnis Twedt of Annandale, MN, sister Joan and husband Roger Schuur of Princeton, MN, sister Bonnie and husband Lyle Thurk of Fosston, MN, nieces, nephews and their children in Minnesota. She was preceded in death by her brother Duane Twedt, mother Charlotte Twedt, father Joseph Twedt, and nephew Joe Twedt, all of Minnesota. Visitation will be Tuesday, June 26, at Norberg Funeral Home from 5:00 to 8:00 p.m. Funeral services will be held at 11:00 a.m. on Wednesday, June 27, at St. Matthews Lutheran Church in Princeton, with lunch to follow. A private burial at Oakland Cemetery will be held at a later date. Memorial contributions may be directed to St. Matthews Lutheran Church.

Mary J. Delano Mary Joyce Delano, 72, of Princeton, passed away peacefully with family by her side on June 19, 2007, at her winter home in Mesa, AZ. Born March 2, 1935, in Ames, IA, to Joseph and Charlotte (Olson) Twedt, she grew up in rural... View Obituary & Service Information

The family of Mary Delano created this Life Tributes page to make it easy to share your memories.

Send flowers to the Delano family.