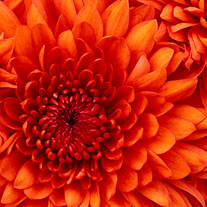 Mary M. “Meg” Fowler, 59, of Princeton, passed away at Perry Memorial Hospital on January 26, 2018. Meg was born on April 27, 1958 in Duluth, MN. To Richard and Fern (Haas) Goodell. She married Ron Fowler on October 22, 1991 in Putnam. She was a waitress in the area for many years. Meg enjoyed gardening, and spending time with her family. She is survived by her husband; three sisters, Cathy Wheeler of Henry, Patti (Mark) Griffin of Henry, and Tina (Bill) Hodge of Lacon. Also surviving are several nieces and nephews. Meg was preceded in death by her parents; one brother, John and one son, Ian. Cremation was accorded, burial will take place in Putnam Cemetery in Putnam, IL. at a later date. Memorials may be directed to the family. Norberg Memorial Home is assisting the family and online condolences may be left at norbergfh.com **UPDATED** PRINCETON — A Celebration of Life service for Mary M. “Meg” Fowler, 59, of Princeton, who passed away Friday, Jan. 26, 2018, at Perry Memorial Hospital in Princeton will be at 2 p.m. Saturday, April 21, at the Bureau County Fairgrounds in Princeton.

The family of Mary Margaret Fowler created this Life Tributes page to make it easy to share your memories.

Send flowers to the Fowler family.