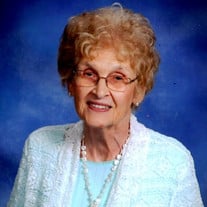 Princeton – Minerva L. Heaton, 94, of Princeton, IL passed away peacefully at 4 a.m. Sunday, September 16, 2018 at Aperion Care, Princeton, IL. Born June 21, 1924 in Princeton, IL, she was a daughter of Alvin and Lula (Steele) Anderson. She married Clifford A. Heaton on February 28, 1948 at the Congregational Church in Dover, IL. Clifford preceded her in death on December 5, 2010. Minerva attended Millikin University and Iowa State University majoring in Home Economics. She and Clifford raised their family on a farm near Kasbeer, IL. She was active in her children’s school and extracurricular activities such as cub scouts and 4-H. She always supported their diverse interest. As a skilled seamstress she loved making Barbie doll clothes for her daughter and her friends. She even made her own wedding dress and all the bridesmaid dresses. Minerva was a member of First United Methodist Church in Princeton, IL. Until her health declined, she was involved in the Methodist Women’s Club activities. For a few years, Minerva enjoyed working at Bonco’s in Princeton, IL making decorative items sold to bakeries such as wedding cake toppers. Minerva is survived by two sons, Stephen (Isabel) of Fairfield, Iowa, Ted (Luanne) of Princeton, IL, and daughter Linda (Chuck) Matthews of Mesa, AZ; four grandchildren, Eric (Heather) Heaton of Princeton, IL, Luke (Paige) Heaton of Ohio, IL, Melissa (Patrick) Trainor of Dewey, IL; and Brian (Debbie) Matthews of Issaquah, WA. She also had eight great grandchildren; Jack, Gabe, Samuel, Lydia and Ruby Heaton; Halle, Duke and Maverick Trainor. She was preceded in death by her parents, husband, Clifford Heaton, and a sister, Mildred Anderson. Visitation will be held on Saturday, September 22, 2018 at the First United Methodist Church in Princeton, IL from 2:00 pm to 4:00 pm, followed by a private family service at 4:00 pm, officiated by Pastor Brian Gilbert. In lieu of flowers, memorials may be directed to Princeton Christian Academy and First United Methodist Church. Online condolences may be left at www.norbergfh.com

The family of Minerva L. Heaton created this Life Tributes page to make it easy to share your memories.

Send flowers to the Heaton family.