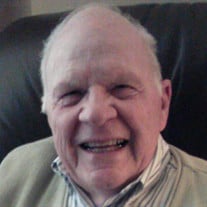 Princeton – Peter Doyle, 89, of Princeton, Il passed away on Wednesday, August 22, 2018 at Liberty Village in Princeton, IL, surrounded by love. Peter was born on May 9, 1929 in Chicago, IL to C. Gregory and Aimee (Bouxsein) Doyle. He attended Blackhawk College as well as the University of Cincinnati and shortly there after married June Peterson on September 16, 1951 and started their family. He worked most of his life in sales at various companies. He retired after twenty-one years working at Bearing distributors as the Regional Manager. He was a member of the Moose Lodge, BPOE, Knights of Columbus and a long standing member of the Princeton City Council. He was also a Perry Memorial Gold Coat Volunteer for numerous years. He enjoyed golfing, watching the University of Illinois Athletics and the University of Oklahoma Athletics. Pete never met a stranger and enjoyed watching the Chicago Cubs, especially when they won the World Series. He loved attending his grandchildren’s activities and playing “Pitch” with friends and spending time with “the coffee cronies”. His favorite past time was spending time with his family and beloved wife June. Peter is survived by his loving wife, June, of 67 years, six children; Greg Doyle, Kathy Doyle, Peter (Laurie) Doyle, Jr., Melinda (Rob) Swanson, Tim (Mandy) Doyle, Joseph (Azar) Doyle, twelve grandchildren and six great grandchildren, one sister Mary McCauley, one brother-in-law Arnold McCauley, and numerous nieces, nephews and cousins. He is preceded in death by, his parents, Gregory and Aimee Doyle, one son, Michael Doyle, one sister, JoAnn McCauley and one brother, Richard Doyle. Visitation will be held on Sunday, August 26, 2018, from 1 p.m. to 3 p.m. at Norberg Memorial Home in Princeton, Il, followed by a Rosary at 3:00 p.m. Services for Peter will he held on Monday, August 27, 2018 at St. Louis Catholic Church in Princeton, Il at 10:00 a.m. officiated by Father Gifford. It is with great honor, the Pall Bearers for the service are as follows: T.J. Doyle, Bryan Doyle, Joe Swanson, Nick Doyle, Andrew Doyle, Jake Doyle and Matt Doyle. A graveside service at Oakland Cemetery in Princeton, Il. will follow. In lieu of flowers, memorials may be directed to the St. Louis Catholic Church. Online condolences may be left at www.norbergfh.com Arrangements by Norberg Memorial Home, Inc., Princeton, Il.

The family of Peter Charles Doyle created this Life Tributes page to make it easy to share your memories.

Send flowers to the Doyle family.