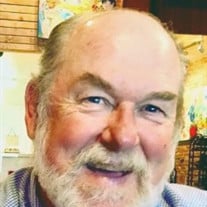 PRINCETON — Randy L. Swinford, 64, of Princeton passed away at home on Wednesday, Oct. 25, 2017, after battling cancer. Randy was born Dec. 15, 1952, to the late Max Swinford and Betty Rose Swinford in Champaign. He married his high school sweetheart, Lani Frandsen, on Sept. 7, 1974, in Elgin. After graduating from Elgin High School, he earned a Bachelor of Arts and Master of Arts from Eastern Illinois University and did additional graduate work at Northern Illinois University. In 1976, Randy and his wife moved to Princeton where he began his career teaching industrial arts at Princeton High School. Randy was a beloved wrestling and football coach from 1976 until he retired in 2011, when he was inducted into the IWCOA Coaching Hall of Fame. He was a member of the TKE brotherhood and served in the Naval Air Reserve. Randy enjoyed time spent with his family and Sally D. Dog. He loved all of his “sons” acquired through years of coaching. He always had an inappropriate joke to tell and could challenge anyone at Words with Friends. Randy is survived by his wife, Lani; three daughters, Katie Swinford (Joel Hanlon) of Cincinnati, Ohio, Jillian Swinford of Chicago and Elise Swinford of Princeton; one grandchild, Lucas Hanlon of Cincinnati, Ohio; his mother, Betty Swinford of Bonita Springs, Fla.; one sister, Mary Swinford of Green Bay, Wis.; one sister-in-law, Tammy Swinford-Potts of Downers Grove; two nieces and two nephews; and cousins. Randy was preceded in death by his father, Max Swinford; a brother, Lonnie Swinford; and his grandparents. Randy’s final wishes were to buy a round for his friends and family. Come as you are to toast to Coach Swinny and share your memories on Sunday, Nov. 5, from noon to 5 p.m., at The Barn at Hornbaker Gardens in Princeton. A memorial scholarship to a trade or vocational school will be established in Randy’s name. In lieu of flowers, the family welcomes contributions to the scholarship fund. The Norberg Memorial Home in Princeton is in charge of arrangements. Online condolences may be left at www.norbergfh.com.

PRINCETON &#8212; Randy L. Swinford, 64, of Princeton passed away at home on Wednesday, Oct. 25, 2017, after battling cancer. Randy was born Dec. 15, 1952, to the late Max Swinford and Betty Rose Swinford in Champaign. He married his high... View Obituary & Service Information

The family of Randy Lee Swinford created this Life Tributes page to make it easy to share your memories.

PRINCETON — Randy L. Swinford, 64, of Princeton passed away at...

Send flowers to the Swinford family.