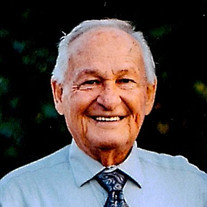 Princeton – Raymond H. Schnarr, 84, of Princeton, IL passed away on Tuesday, August 25, 2020 at Unity Point Health Care in Peoria, IL. Ray was born on January 19, 1936 in Evansville, IN to the late Casper and Valeda Schnarr. He graduated from North Posey High School Class of 1953. He attended college in Indiana. He joined the United States Navy and served before marrying the late Phyllis Wooden, they had three sons together before divorcing. She passed away in 2013. Ray married Sue Sexton Noe on July 3, 1994 at St. Matthews Lutheran Church in Princeton, IL. He began working for Whirlpool as a draftsman and design engineer. He later moved to Maytag as a design engineer, he retired from LCN in quality control on April 30, 1999. He designed the door closures for hospitals and he holds several patents registered in Washington, DC. He was a very active member of the Moose Lodge for over 43 years, receiving the veteran of the year for 2020. He was a member of the Elks Club, American Legion as well as the Princeton Illinois Homestead Committee in the year 2000. Ray loved music, it was his driving force as well as his happy place. He started playing at the age of 12 and was a self-taught guitar player, bass player and steel guitar player. He played in numerous bands, but always considered the “Generics” his home. Along with playing he also had several songs copyrighted. He enjoyed golfing with his buddies at Hidden Lakes as well as bowling and playing cards. He was quite the Euchre, Pitch and Poker player. He and wife Sue always looked forward to their annual snowbird trip to South Padre, Texas. They would spend the winter months there and venture back to Princeton for the summer. He is survived by his wife, Sue Schnarr of Princeton, IL; three sons, Gary (Virginia) Schnarr of Texas, Dave (Rochelle Becker) Schnarr of Illinois and Steve (Diana) Schnarr of Texas; two daughters, Cynthia (Ron) Knopp of Nebraska and Toni (Jim) Axelson of Illinois; nine grandchildren; fifteen great grandchildren. Ray is preceded in death by his parents, Casper and Valeda Schnarr, one sister, Virginia Lyell. In lieu of flowers, memorials may be directed to Mooseheart Music Department or the Red Cross. The family would like to invite friends and loved ones to a Celebration of Life at the Moose Lodge 139 in Princeton, IL from 4:00 pm to 7:00 pm on Saturday, August 29, 2020 as the funeral services will be private for family only. Services for Ray will be held on Monday, August 31, 2020 at Norberg Memorial Home, Inc. & Monuments at 10:00 a.m. Pastor Ryan Sutton of First United Methodist Church will officiate, followed by a graveside service at the Forest Hill Cemetery, Wyanet, IL. Military Rites will be accorded. We will be live streaming this service. Please click the following link to join the service. https://www.facebook.com/groups/Norbergmemorialhomememorialservicegroup/member-requests Online memorials and condolences may be left at www.norbergfh.com Arrangements by Norberg Memorial Home, Inc. & Monuments

Princeton &#8211; Raymond H. Schnarr, 84, of Princeton, IL passed away on Tuesday, August 25, 2020 at Unity Point Health Care in Peoria, IL. Ray was born on January 19, 1936 in Evansville, IN to the late Casper and Valeda Schnarr. He graduated... View Obituary & Service Information

The family of Raymond H Schnarr created this Life Tributes page to make it easy to share your memories.

Send flowers to the Schnarr family.