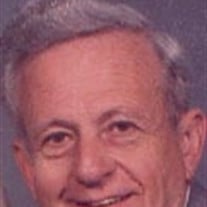 Richard "Dick" Frederick Delano of Princeton died Saturday, December 1, 2008, in St. Cloud Hospital in St. Cloud, Minnesota. Born August 4, 1931, in Princeton, to Robert and Opal (Gildermaster) Delano, he married Mary J. Twedt of Annandale, Minnesota, January 21, 1956. She passed away in June 2007. He was a graduate of Princeton High School, Carthage College, and attended Luther Seminary in Minneapolis, MN, before joining the U.S. Navy. He and his wife were stationed in San Diego, CA, while he served four years on the U.S.S. Essex, completing tours of Japan and the Phillipines. He was Executive Director for the Galesburg YMCA, the Rock Island YMCA, and the Camp Hauberg YMCA Camp in the Quad Cities before returning with his family to Princeton in 1971. In Princeton, he was an agent for Modern Woodmen Life Insurance, Country Companies Insurance, and also sold real estate before his retirement. He was a lifetime member of St. Matthews Lutheran Church in Princeton, where he served on the church council and other positions. He was also a member and steward of Our Savior Lutheran Church in Mesa, AZ. He served his community in business and through volunteerism to Gateway Services, United Way, Meals on Wheels, and more. He was a member of the Carthage College Alumni Association, the Illinois and Bureau County Farm Bureau, Princeton Moose Lodge, and was a proud member of Rotary Club International for more than 40 years. Surviving are one son, Robert "Bob" (Lori) Delano of Annandale, Minnesota; one daughter, Diane "DeeDee" (Devin) McCauley of Princeton; one grandson, Logan McCauley of Princeton; in-laws, nieces and nephews in Minnesota; and relatives in Illinois, Wisconsin, California, Louisiana, and Montana. He was preceded in death by his wife, his parents and sister, and a nephew. Services will be at 2:00 p.m. Saturday at St. Matthews Lutheran Church, Princeton, with burial to follow at Oakland Cemetery, also in Princeton. Visitation will be from 5 to 8:00 p.m. Friday in the Norberg Memorial Home, Princeton. Memorials may be directed to Gateway Services in Princeton.

The family of Richard Delano created this Life Tributes page to make it easy to share your memories.

Send flowers to the Delano family.