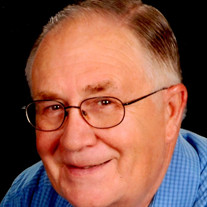 Richard King PRINCETON — Richard W. King, 75, of Princeton passed away Monday, Nov. 7, 2017, at his home in Princeton. Richard was born Oct. 2, 1942, in Lukin Township, Lawrence County, Ill. to John C. King and Estelle Waive King. He married Connie S. Miller June 13, 1970, in Princeton. Richard graduated from the University of Illinois, Champaign-Urbana, in 1965 with a Bachelor of Science in Agronomy. He was retired and living at home in Princeton, after having worked at MBL Corporation in Ottawa for 20 years. Richard was a devoted husband, a beloved father and grandfather, and a loving family member and friend. Throughout his life, he worked tirelessly to support and care for his family. He was an avid gardener who produced world-famous heirloom tomatoes. He enjoyed history, genealogy, and spending time with his family and his many friends in the Princeton community. Richard is survived by one daughter, Kathryn (Ryan) Sudol of Hong Kong; one son, Timothy (Jessica) King of Cary; four grandchildren, Gavin King (age 11), Mia Sudol (age 8), Cameron Sudol (age 4) and Ian King (age 3); one brother, John (Nancy) King; one brother-in-law, Robert (Kathy) Miller; and several nieces and nephews. He was preceded in death by his wife, Connie King, on March 29, 2017; his parents; and one brother-in-law, Craig Miller. Funeral services will be at 11 a.m. Monday, Nov. 13, at the First United Methodist Church in Princeton with Pastor Brian Gilbert officiating. Burial will be in Elm Lawn Memorial Park in Princeton. The family will receive friends at visitation from 3 to 5 p.m. Sunday, Nov. 12, at the Norberg Memorial Home in Princeton, and one hour prior to the service Monday at the church. Memorials may be directed to the First United Methodist Church in Princeton and the Pisgah Presbyterian Church of Bridgeport, Ill. Online condolences may be left at www.norbergfh.com.

The family of Richard W. King created this Life Tributes page to make it easy to share your memories.

Send flowers to the King family.