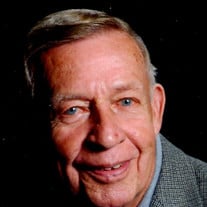 Richard ‘Dick’ Halberg PRINCETON — Richard “Dick” Arnold Halberg, 82, of 407 N. Chestnut St., Princeton, died Sunday, April 9, 2017, at Perry Memorial Hospital in Princeton following a courageous two-year battle with lung cancer. He was born Oct. 16, 1934, in Princeton, the “lucky 13th” child of 14 born to Reuben Gunner and Amanda Elizabeth (Holtz) Halberg. He married Sandra L. Johnstone on Sept. 1, 1962, at the First United Methodist Church. He graduated from Princeton High School in 1953 and served in the U.S. Air Force as a supply clerk first at Osan Air Force Base in South Korea and then at Nellis Air Force base in Las Vegas. He was honorably discharged as a corporal in 1957 receiving a good conduct medal and national defense service medal. Dick worked for LCN Door Closers, Larson’s Seed House, Kent Feeds and Illinois Power. He enjoyed 22 years of retirement, bowling, fishing, hunting, gardening, and most of all spending time with his family, neighbors and friends. Every minute with him was filled with smiles, laughter and love. He is survived by his wife, Sandee; his son and daughter-in-law, Drs. Rich and Sara Halberg of Madison, Wis.; three grandchildren, Tim Halberg of Princeton, Emily Halberg of Madison, Wis., Spencer Halberg of Iowa City, Iowa; one brother, Gary (Bonnie) of Fort Meyers, Fla.; and two sisters, Betty Hanson of Mendota and Norma Raabe of Manlius. He was preceded in death by his parents; six brothers, Ron, Robert, Max, Russell, William and Jack; and four sisters, Herma, Jane, Bernadine and Joyce. Family and friends may call Wednesday, April 12, at the Norberg Memorial Home in Princeton, where there will be a visitation between 4 and 8 p.m. Services will be at 10 a.m. Thursday, April 13, at the funeral home with the Rev. Brian Gilbert and Monsignor Charles Schluter officiating. Burial will be in Oakland Cemetery, Princeton, where military rites will be accorded with Taps played by his grandson, Spencer Arnold Halberg. A luncheon will follow at the First United Methodist Church in Princeton. The family extends a special thanks to the many doctors, nurses, nieces, nephews and neighbors who provided wonderful loving care and friendship. In lieu of flowers, Dick requested that donations be made to his son’s research laboratory at the University of Wisconsin Carbone Cancer Center in Madison, Wis., to conquer this “miserable disease” or to a cause of the donor’s choice. Online condolences may be left at www.norbergfh.com.

The family of Richard "Dick" Halberg created this Life Tributes page to make it easy to share your memories.