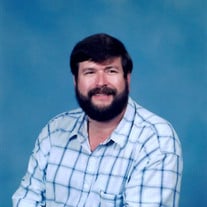 Spring Valley - Robert Lee Stoner, 65, of Spring Valley passed away at his home surrounded by loved ones on Wednesday, March 24, 2021. Robert lovingly referred to as Deuce was born on April 30, 1955 to the late Howard and Kathryn (Lindner) Stoner in Princeton, IL. He attended Princeton High School. He worked as a collator for Valley Forms from 1979 to 1991. He had several jobs after that until he came to work at Princeton High School as a custodian until retirement in 2016. He was preceded in death by his first wife, Mary. He was able to find love again with Diane Hrubos, whom he met on a blind date, at Starved Rock. They married on November 25, 1995 at Starved Rock. Deuce enjoyed many hobbies, one of them being rug weaving. A craft he learned from a friend. He even purchased his own loom and sold handmade rugs for a time. He enjoyed prospecting for gold as well. He and Diane would take trips to South Dakota where he had a prospector's license and spend time panning for gold. He enjoyed morel mushroom hunting. Deuce also enjoyed trapping, a skill he learned through FFA in his youth. He collected unique glass bottles as well and had quite the coin collection. You could find him listening to Neil Diamond around the house. Deuce is survived by his loving wife Diane, of 25 plus years of Spring Valley; three children, Randy Stoner of Utica, Katie (William Funfsinn) Hrubos of Peru, IL. And David (Sarah Ebener) Stoner of Moline, IL.; four grandchildren, Ariel, Kaylee, Maximus and Henry; one brother, Ronald Stoner; one sister Janet (Mike) Hart; as well as several nieces, nephews and cousins. He is preceded in death by his parents, Howard and Kathryn Stoner, his first wife Mary Stoner and one brother Russell Stoner. In lieu of flowers, memorials may be directed to St. Margaret's Hospice Facility. A memorial service will be held on Tuesday, April 6, 2021 at the Dover Bible Church at 10:00 a.m. officiated by Reverend Joseph Denner followed by internment at St. Anne's Cemetery in Spring Valley, IL. Online memorials may be left at www.norbergfh.com Arrangements by Norberg Memorial Home, Inc. & Monuments.

Spring Valley - Robert Lee Stoner, 65, of Spring Valley passed away at his home surrounded by loved ones on Wednesday, March 24, 2021. Robert lovingly referred to as Deuce was born on April 30, 1955 to the late Howard and Kathryn (Lindner)... View Obituary & Service Information

The family of Robert L Stoner created this Life Tributes page to make it easy to share your memories.

Send flowers to the Stoner family.