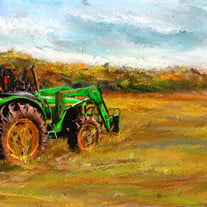 Princeton – Roger L Holsclaw, 72, of Princeton, IL passed away on Thursday, December 13, 2018, at Perry Memorial Hospital, surrounded by loved ones. Roger was born in Sterling, IL on October 20, 1946, to Harold and Lolita (Reed) Holsclaw. He graduated from Malden High School, class of 1964. He married Carol Fenwick on September 5, 1965, in Malden, IL and then they started their family. He worked at the John Deere farm implement dealer and parts man for twenty two years. He also spent ten years owning his own machine shop. Roger enjoyed tractor pulling, puzzles, golfing and gardening. You could catch him playing a video game now and again and over the years became quite the cook. He really enjoyed spending time with his family and especially his grandchildren. He is survived by his wife, Carol Holsclaw – Princeton, two sons, David (Jane) Holsclaw – St. Louis, Michael (Lee) Holsclaw – Chicago, one daughter, Amy (Phil) Castner – Southern Alabama, five grandchildren, Joshua, Shane, Colin, Ben and Lauren. Roger is preceded in death by his parents, one granddaughter, Abby Burke. A Memorial Service will be held at a later date and time. Memorials may be directed to the Diabetes Action Research and Education Association. Online condolences may be left at www.norbergfh.com

The family of Roger L Holsclaw created this Life Tributes page to make it easy to share your memories.

Send flowers to the Holsclaw family.