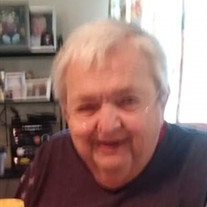 Princeton – Ronald G “Ron” Bowdish 80 of Princeton, IL passed away on Thursday, October 29, 2020, at Perry Memorial Hospital with his loving wife at his side. Ron was born on October 8, 1940, to the late George and Josephine (Nicoletti) Bowdish in Elmhurst, IL. He was a graduate of York High School in Elmhurst, IL and also received his bachelor’s degree from Lewis University in Romeoville, IL. He met his love, Patricia Long on a blind date. They married on April 22, 1961, at St. Alexanders Church in Villa Park, IL. Ron was in sales all of his life. From insurance to real estate and finishing out his sales career as a heavy equipment sales representative. When he moved to Princeton he worked at MTM part time and retired in his early 70s. He attended Bethel Baptist Church in Princeton, IL and was a member of the Henry Baptist Church in Henry, IL. He loved to golf, fish and watch sports. He was sentimental when it came to things he loved. Even holding onto a fishing tournament ticket in his wallet after all these years. He was an avid Chicago Sports Fan, Bears, Bulls and White Sox, tolerating the Cubs for his wife. They even made it to the Bulls final three peat game in 1998, when they won the championship. He enjoyed cooking and even loved to shop. A task he took on wholeheartedly. Ron is survived by his wife of nearly 60 years, Patricia Bowdish of Princeton, IL; his three children, two daughters, Melissa (Joe) Blanco of Bolingbrook, IL, and Jill (Ron) Chinderle of Bowen, IL and one son, Steve (Melissa) Bowdish of Oelwein, IA; eight grandchildren, Amanda, Alyssa, Emily, Joey, Jessica, Kyle, Cara and Dawson; six great grandchildren, Blake, Brayden, Wyatt, Liam, Emmit and Hemi; one brother, Michael (Sandra) Bowdish; one sister Wendy (Tim) Flynn; two sisters in law, Christine Scott and Susan (Greg) Brown; as well as several nieces and nephews. He is preceded in death by his parents, George and Josephine Bowdish, two daughter, Debra Bowdish and JoAnn Carnes and one son Ronnie Bowdish. In lieu of flowers, memorials may be directed to St. Judes in Ron’s name. Services for Ron will be held on Saturday, November 21, 2020 at Henry Baptist Church, 902 Western Avenue, Henry, IL at 11:30 a.m. Officiated by Pastor Bob Cmolik. Online condolences and memorials may be left at www.norbergfh.com Arrangements by Norberg Memorial Home, Inc. & Monuments.

The family of Ronald G Bowdish created this Life Tributes page to make it easy to share your memories.

Send flowers to the Bowdish family.