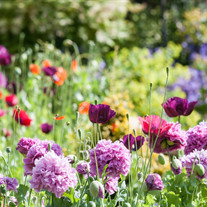 Princeton – Sally A. Woolley, 79, left this world to be with her heavenly Father on Friday, January 31, 2020. Sally, the daughter of John and Mildred (Shoffner) Burrows, born on March 21, 1940 in Princeton, Illinois, she attended Princeton Schools with the Class of 1957. Sally married the love of her life, the late John Woolley on November 16, 1957. Reverend Ray Crawford performed the service in the Wesleyan Methodist Church in Princeton, IL. They started their family and lived in Dover, IL most of their fifty-seven years of marriage, later becoming members of the Dover Congregational Church in Dover, IL. She enjoyed working as a Dental Assistant at the office of Dr. Bruce Shriver, until retirement. She loved spending time with her family, especially the grands. She is survived by her two daughters, Peggy (Andy) Spicer and Patty Woolley; one son, Timothy (Shirley) Woolley; eleven grandchildren, Michael, Kristen, Tiffany, Brittany, Travis, Shannon, Tyler, Natesha, Kelsey, Lucy and Taran; as well as great grandchildren, a loving sister, Wava and brother Harry. Sally is preceded in death by her parents John and Mildred Burrows, her husband, John Woolley (12-18-2014), one daughter Rebecca Flanagan, one grandchild Christopher Woolley, one great grandchild Olivia Stockton, one brother Jay John Burrows. The family would like to thank Reverend Douglas Kirkpatrick for his prayers and service. In lieu of flowers, memorials may be directed to the family for charitable distribution. A visitation for Sally will be held on Thursday, February 6, 2020 from 10:00 a.m. to 12:00 p.m. at the Princeton Wesleyan Church in Princeton, IL. Services will be held on Thursday, February 6, 2020 at 12:00 p.m. at the Princeton Wesleyan Church, officiated by Reverend Douglas Kirkpatrick. Followed by a graveside service at the Prairie Repose Cemetery in Dover, IL. Online condolences may be left at www.norbergfh.com Arrangements by Norberg Memorial Home, Inc & Monuments

Princeton &#8211; Sally A. Woolley, 79, left this world to be with her heavenly Father on Friday, January 31, 2020. Sally, the daughter of John and Mildred (Shoffner) Burrows, born on March 21, 1940 in Princeton, Illinois, she attended... View Obituary & Service Information

The family of Sally Ann Woolley created this Life Tributes page to make it easy to share your memories.

Send flowers to the Woolley family.