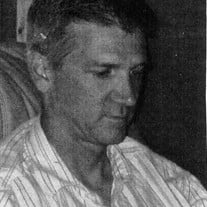 Princeton – Timothy C. Elliott, 56, of Princeton, IL passed away on Sunday, June 24, 2018 in Pennsylvania. Tim was born on May 30, 1962 to Dennis and Janet (Wood) Elliott in Princeton, IL. He was a graduate of Princeton High School class of 1980. He met and married his wife Luanne Coble in 2008. They were married at a family farm outside of Malden. Tim had been employed with Ace Hardware in Princeton, IL since it began operations in Princeton. He was an extreme bicyclist and adopted many greyhounds, giving them a forever home. He loved living life to the fullest with family and friends. Tim is survived by his wife Luanne, one son, Thomas Elliott – Lincoln, IL, one granddaughter, Attilyn, his father, Dennis Elliott and stepmother Cathy Elliott of Princeton, IL, one sister Margo (Raymond) Schindel – Tiskilwa, IL and one brother, Patrick Elliott – Princeton, IL and one half brother Jonathan Elliott – Princeton, IL, several nieces and nephews, and two dogs; Noodle and Coco. He was preceded in death by his mother, Janet Elliott and grandparents. A visitation will be held on Saturday, June 30, 2018 at Norberg Memorial Home, Princeton, IL from 10:00 a.m. to 12:00 p.m. followed by a short service officiated by Pastor Laura Root Tanner. In lieu of flowers, memorials may be directed to the family. online condolences may be left at www.norbergfh.com

The family of Timothy C Elliott created this Life Tributes page to make it easy to share your memories.

Send flowers to the Elliott family.